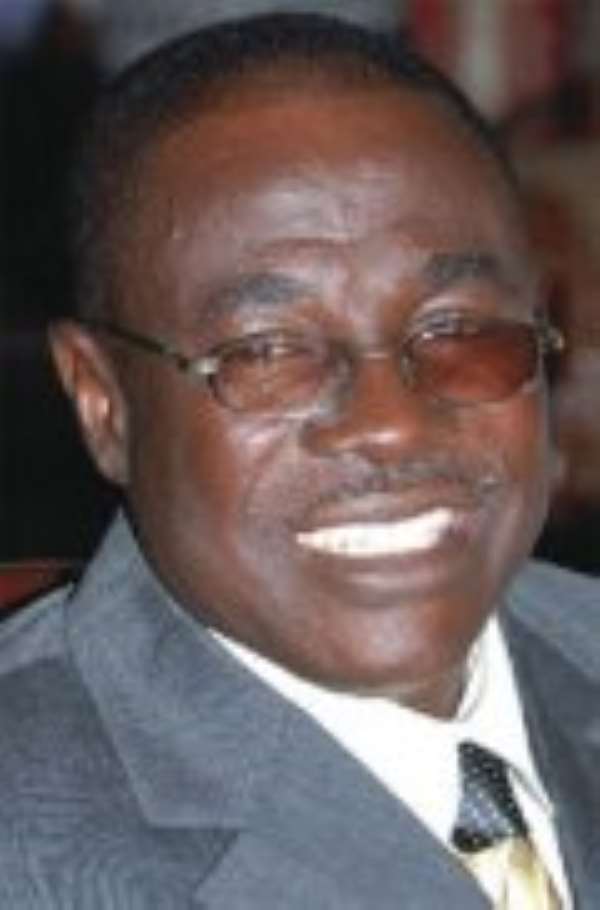 Leades across the political divide in Parliament have urged the government to freeze the issuance of new licences for oil production until an appropriate regulatory framework has been determined by Parliament.

About 41 companies are said to have applied to the Ghana National Petroleum Corporation (GNPC) for rights to participate in the country’s crude oil trade from next year.

The political parties, represented by Mr S. P. Adamu of the National Democratic Congress (NDC), Mr O. B. Amoah of the New Patriotic Party (NPP), Alhaji Ahmed Ramadan of the People’s National Convention (PNC), Mr Ladi Nylander of the Convention People’s Party (CPP), and the Parliamentary Subcommittee on Mines and Energy, represented by Mr Ernest Yakah, based their call on the grounds that the country was ill-prepared to derive maximum benefit from the oil find.

They argued that less than one year before the drilling of the country’s oil in commercial quantities, there was not a single law before Parliament on how the country would manage the oil fields and the expected revenue, as well as how to ensure that the environment was not damaged by the companies.

These serious issues on the country’s preparedness for the oil boom are contained in a communiqué signed by Members of the Parliamentary Committee after a workshop organised by the Institute of Economic Affairs (IEA) on the theme: “Politics of Oil”, for political party leaders and parliamentarians.

Their view is corroborated by a member of the World Bank Extractive Industries Advisory Committee and Co-ordinator of ISODEC, Dr Steve Manteaw.

According to the communiqué, oversight institutions such as Parliament, the Commission on Human Rights and Administrative Justice (CHRAJ), the Serious Fraud Office (SFO), the Ghana Armed Forces and the Police were all not in the position currently to play their effective roles during the oil boom.

It also cautioned against over reliance on the find. “To avoid the resource curse and minimise the ‘Dutch Disease’ effect, the government must diversify the economy by investing in agriculture, agro-processing and manufacturing,” it pointed out, and urged the government to continue to rely on tax revenue for development financing in order to maintain the social contract that existed between the state and its citizens and in that respect the capacity of the tax revenue agencies needed to be strengthened.

The group also suggested that the government should pursue a sustainable income strategy in which 80 per cent of the revenue from the oil would be used annually to address the physical and social infrastructure needs of the country, with 10 per cent saved in a fund for future generations and 10 per cent put in a budget stabilisation fund.

The communiqué suggested that the bulk of the amount to be saved for future purposes must be kept overseas to insulate the domestic economy from adverse macroeconomic effects.

“The oil and gas revenue must be put through the central government budget and be ring-fenced for specific projects that have been nationally debated and agreed upon. This should also be legislated,” it said.

It urged civil society groups and the media to play their watchdog and whistleblower roles effectively by holding the government accountable for the management of the oil and gas revenue.

It also called for the establishment of an inclusive process to manage conflicting uses of the sea and also address the concerns of people living in communities where the oil had been found.

The communiqué said all Environmental and Social Impact Assessments (ESIAs) should be completed before the commercial development of the oil fields and that all such ESIAs should be made public and a strategic ESIA developed for Ghana’s offshore oil acreage.

According to Dr Manteaw, who is also the Campaign Co-ordinator of ISODEC, experiences from the gold mining industry indicated that the country had lost millions of dollars because there were no proper and effective rules and regulations protecting national interest.

He said most of the companies in the oil industry operated with budgets that were 100 times bigger than the national budget and, therefore, they wielded much influence and power.

He said Ghana should not limit itself to only collecting rent because in the gold sector if the country had had the vision of integrating gold into the larger economy, it could have taken its royalties in the form of raw gold for the local jewellery industry for value addition.