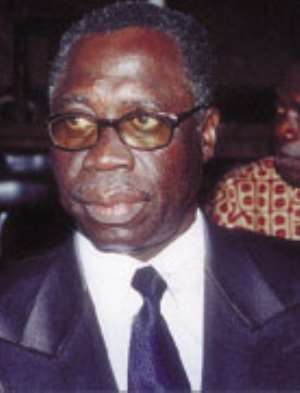 Finance Minister Yaw Osafo-Maafo gave the details at a news conference in Accra on Thursday and said Ghana opted to join the Initiative in 2001 to enable it to come out of "the debt trap in which we found ourselves".

He said the procedure for accessing the funds required that metropolitan, municipal and district chief executives submitted identified projects through their respective Regional Ministers, who would in turn liaise with the Minister of Local Government and Rural Development, who would have the overall responsibility for the implementation of the programme at the national level.

Mr Osafo-Maafo explained that each assembly would be given 50 per cent of its allocation as the first tranche after the Ministry of Finance had assessed the prioritised lists of projects submitted to it.

The balance of 50 per cent would be released upon satisfactory progress on the implementation of the first tranche projects, the Finance Minister said, and urged the remaining ministries, departments and agencies to submit their lists of projects immediately.

The government has lodged the money in the HIPC account at the Bank of Ghana and is earmarked for infrastructure for basic education, primary health care and community water and sanitation.

The rest of the year's total receipt which is pegged at 157 million dollars (1.225 trillion cedis) has been deferred for later repayment or cancelled under HIPC terms and, therefore, would not be paid this year.

He said at the time Ghana opted for HIPC total external debt was 6.1 billion dollars and "since the President took this bold decision, a lot has happened and Ghana has benefited and continues to benefit greatly from that far-sighted decision".

Mr Osafo-Maafo said to date, only six ministries had applied for the funds out of which a first tranche of more than eight billion cedis had been released to the Ministries of Trade and Industry, Economic Planning and Employment and Manpower Development for training programmes and micro financing projects.

He said the three ministries were given the amount because they met both the programme and tracking requirements to benefit from the HIPC fund.

He expressed the hope that this effort on the part of government, which is the first time such huge funds were being released at a go, would generate employment, energise the economy and reduce poverty.

Mr Osafo-Maafo said about 180 people in all the participating agencies have been trained to monitor and track the utilisation of the funds. He said no problem has been encountered so far in the process but government anticipated that tracking the utilisation of the funds would create problems. Guidelines for use of the resources from HIPC were approved by Cabinet and would be co-ordinated by the Ministries of Finance and Economic Planning and Regional Integration.

On the question of added debt since the government took over, the Finance Minister said loans so far contracted attract eight to 10 years moratorium and, therefore, have no effect on the present debt.

He said the amount received so far from HIPC constituted about 25 per cent of the total debt to be cancelled. He said the amount was not huge because under the HIPC programme, each country was expected to reach a decision point and a completion point. Ghana has not even completed the decision point under which the beneficiary country negotiates one-on-one with bilateral creditors to defer or cancel the debt.

The bulk of debt is cancelled or deferred when a country reaches the completion point to negotiate with multilateral donors such as the World Bank and the International Monetary Fund. Ghana expects to reach that point in the next two years