Egypt pushes for return of antiquities to origin countries 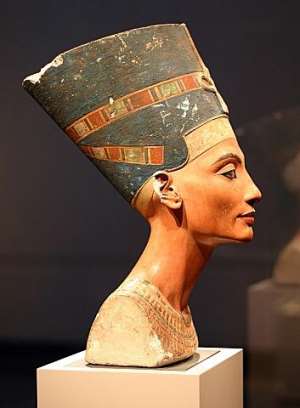 The secretary-general of Egypt's Supreme Council of Antiquities, Zahi Hawass, said the conference would be a world first.

Among those nations to attend will be Greece, Italy, China and Mexico.

''I am calling on all nations who want their important artefacts returned to attend the conference,'' Dr Hawass said.

Egypt is demanding the return of six iconic pieces that are among the world's most famous archaeological discoveries. These include the Rosetta Stone, which has been on display at the British Museum since 1802, a 2200-year-old granite tablet containing three translations of a single passage of text that provided the key to deciphering ancient Egyptian hieroglyphs.

Next on Dr Hawass' s list is the 3500-year-old bust of Queen Nefertiti, the wife of the Egyptian Pharaoh Akhenaten, which is the star attraction at Berlin's Neues Museum.

A German archaeologist, Ludwig Borchardt, discovered the bust in 1912 and claimed he had the approval of the then Egyptian government to take it. Egypt has been calling for its return since 1930.

''I believe Borchardt cheated,'' Dr Hawass said. ''I think this was stolen, and we have the evidence to prove it.''

A German delegation is scheduled to meet with Dr Hawass tomorrow to discuss the bust's return.

''This is our property. Like the Rosetta Stone, it belongs to the people of Egypt and is a vital part of their history,'' he said.

Since being appointed head of the Supreme Council of Antiquities, Dr Hawass has become a powerful advocate for the return of Egyptian antiquities.

''What angers me is that for decade after decade the museums of the world have treated Egypt like a buffalo, exploiting our generosity by asking to borrow our artefacts for their various exhibitions and we have complied, handing things over for free,'' he said.

''But now the buffalo is thirsty, and needs attention, but no one cares to help. Well, we have had enough of this. No more. I will not tolerate this kind of treatment any longer.''

Other artefacts Dr Hawass wants returned include the Dendera Zodiac, on display in the Louvre in Paris, and a bust of the pharaoh Ramses II on display at the Egyptian Museum in Turin.

In October Dr Hawass severed ties with the Louvre because he said it was refusing to return a series of artefacts that were stolen from Egypt in the 1980s. ''We banned all archaeological expeditions connected with the Louvre from being allowed to work in Egypt. It didn't take them long to return the pieces.''

With thousands of artefacts sold on the black market over the past 100 years, Dr Hawass has tightened security at Egypt's air, land and sea borders. New laws that come into force this month mean that anyone found guilty of trying to smuggle artefacts will face up to 25 years in jail.

''I am not asking that museums hand over their collections of Egyptian antiquities. I am asking for the return of iconic pieces that define our ancient culture,'' he said.