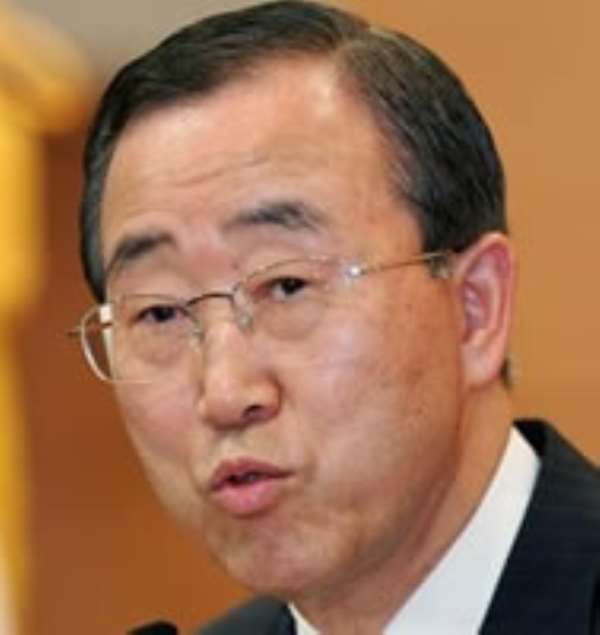 
Efforts to achieve global development targets must include improving living standards and quality of life for everyone, including the world's 800 million people with disabilities, Secretary-General Ban Ki-moon said, marking the International Day of Persons with Disabilities.

“Persons with disabilities encounter many disadvantages,” he said in a message for the Day, noting that they are often among society's poorest and most excluded.

“Yet they routinely show tremendous resilience, and achieve great heights in all spheres of human endeavour,” he added.

The theme of this year's Day is “making the Millennium Development Goals (MDGS) disability-inclusive,” referring to the set of global targets to halve poverty, hunger and other social ills by 2015. Mr. Ban pointed out that when persons with disabilities take part and lead development processes, their involvement generates opportunities for all.

“The message for the MDGs is clear: putting persons with disabilities and their communities at the heart of our efforts is a proven way to advance the development agenda,” he said, while drawing attention to a summit to be held on the Goals next September.

The Secretary-General also called for the implementation and universality of the landmark United Nations Convention on the Rights of Persons with Disabilities. He characterized the pact, which entered into force last year, as “one of our most important tools to advance this cause.”

United States singer-songwriter Stevie Wonder was officially designated today as a UN Messenger of Peace to advocate for the Organization's work, with the artist – blind since birth – to champion people with disabilities.

The new Messenger of Peace stressed that “seeing a person who's left without an opportunity… means that we are all with a disability and that disability is a lack of being able to care.”

The award-winning musical artist underscored his commitment to create a more inclusive world, likening the task that lies ahead with writing a song.

“At the end of the day, if I'm challenged to write a song that's a hit, it's going to be number one and this is going to be a hit, too,” he said.

For her part, the top UN human rights official underscored that people with disabilities continue to face massive challenges in their efforts to live a meaningful life.

“Disability is not specifically mentioned in any of the eight MDGs, in the 18 targets set out to achieve these goals, nor the 48 indicators for monitoring their progress,” High Commissioner for Human Rights Navi Pillay said in a statement commemorating the Day.

She hailed the Convention, which has been ratified by 75 States with dozens of others having signed on, for filling “a major gap in international human rights law” by addressing, among others, the rights to education and freedom from exploitation.

“If the terms of the Convention are rapidly reflected in national laws and policies, the ability of persons with disabilities to act on their own behalf to lift themselves and their families out of poverty and marginalization can and should be greatly enhanced,” Ms. Pillay stressed.

The International Day, according to the UN Committee on the Rights of Persons with Disabilities, “provides an opportunity to reflect on the work of the [Convention] to date, while also highlighting the progress that remains to be made.”

The group pointed to the right to equal recognition before the law as one of the areas in which further progress must be made.

The UN Economic and Social Commission for Asia and the Pacific (ESCAP) today welcomed strides made for persons with disabilities in the region, but cautioned that governments and donors continue to neglect to include the issue of disability when dealing with the MDGs.

“If we are serious about addressing poverty then persons with disabilities must be included on MDGs reporting as they are more likely to be poor than other groups,” said Alastair Wilkinson of ESCAP.

Events to commemorate the Day will include a panel discussion and a film festival at UN Headquarters in New York, as well as a series of activities to sensitize and advocate for the rights of people with disabilities – including a children's painting competition – by the Office of the High Commissioner for Human Rights in Nepal (OHCHR-Nepal).