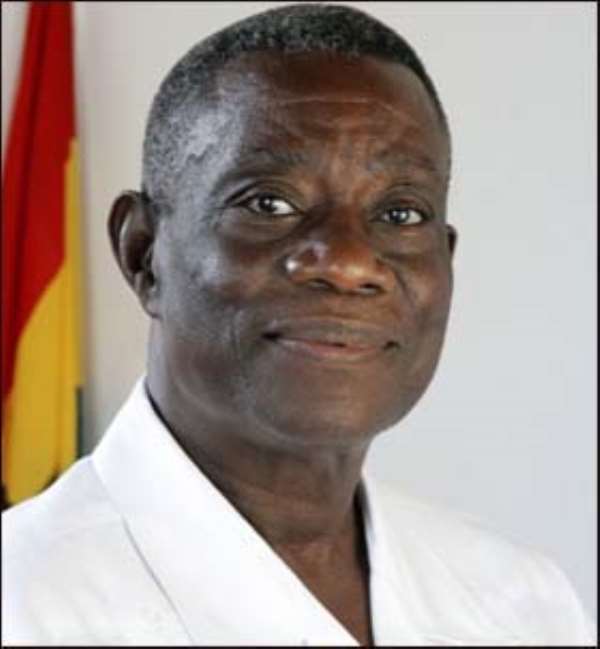 The President, John Evans Atta Mills, will contest the 2012 General elections when his first term in office officially ends.

This was revealed by the Deputy Chief of Staff Alex Segbefia on Saturday during Joy FM's Newsfile programme.

“Professor Mills will stand for 2012 as a presidential candidate for the NDC. I have been asked this question before and I am repeating it now,” he emphasised.

His confirmation puts to rest debate over whether the current president will seek another term in office.

Concerns have been raised about the health of the President, and with him not getting any younger, there are doubts he would submit himself to the rigorous campaign schedule in 2012.

Recent pronouncements by the Majority Leader, Alban Bagbin, which sought to project the vice-president John Mahama as a fine president in the making, increased perceptions that John Mills will hand over the baton to his second in command.

President Mills also appears to be losing favour with ex-president Rawlings, whose Swedru declaration ushered Mills into the position as the party's flagbearer in the run up to the 2000 election, a position he held on to until he won power in 2008.

But Alex Segbefia said the 65-year-old President is the party's best bet if the NDC will retain power.

He admits there are various contenders for the position of the flagbearer for the party, but believes the President still stands tall.