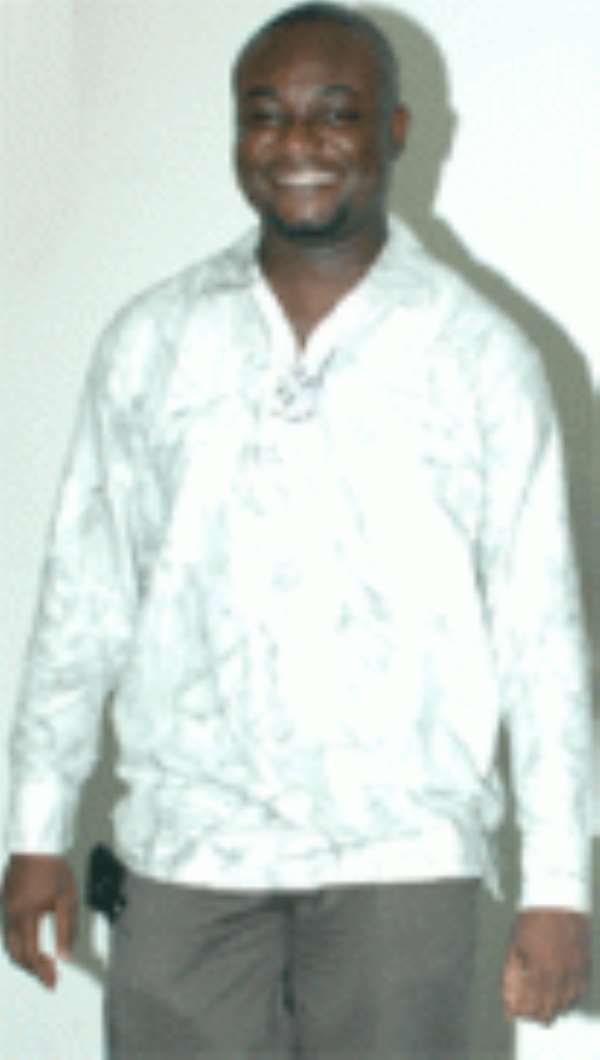 An embarrassing situation which occurred while buying a condom from a pharmacy some 10 years ago sowed the seed in Mr as to how such situations could be avoided in future.

His experience, coupled with a research finding he chanced upon that states that 66 per cent of men and 60 per cent of women report some level of embarrassment when buying condoms resulted in the invention of the condom dispensing machine.

Given the rate at which the human resource of nations are decimated by STDs, one would expect that purchasing condoms would be viewed as desirable.

The said research also indicates that 80 per cent of those who said they were embarrassed noted that being spotted at the cashier was more intimidating than being seen in the display area.

Interestingly, this embarrassment is not unique to students and singles but cut across to married couples as well giving an indication that fewer people use condoms even though sensitisation on the spread of STDs is on the increase.

It would, therefore, be a very effective health strategy to develop mechanisms that can make the purchase of condoms a non-embarrassing one, and the most convenient method is to use an automatic vending machine.

His quest to find a solution to this dilemma resulted in the invention of a condom vending machine which dispenses condom when a text message is sent to a short code on the MTN network.

The new technology known as ‘Mobivend’, according to Mr Nkrumah, is to save people from embarrassing situations they encounter daily in their quest to purchase the product at sales points.

The machine which could be mounted at washrooms in hotels, night clubs, drinking spots, educational institutions, fun parks amongst other places, according to him, is to enable people be at ease during purchase of the product as well as complement the Ghana Aids Commission’s efforts in the fight against the deadly HIV/AIDs and its related sexually transmitted diseases.

The machine which is the first of its kind in the world has several advantages over other existing systems which dispense soft drinks in other countries across the globe. It can carry a total of 150-250 packs of condoms at a time.

The device which comes with a cashless system to discourage vandalism among users also has functions which allow the system to automatically adjust prices in the event of increase in prices of goods and commodities as well as send inventory status to managers for an efficient and monitoring system.

Forty-one-year old , who is also a lecturer in communication engineering and computer aided systems (CAD) at the Regional Maritime University (RMU) had his early education at the Datus Complex and Naval Base experimental basic schools all in Tema.

He proceeded to Ghana Secondary Technical School in Takoradi for his Advance and Ordinary level certificates from 1982-89 and thereafter entered the Kwame Nkrumah University of Science and Technology in 1991 where he studied a Bachelor of Science (BSc) programme in electrical engineering majoring in telecommunication engineering.

After a year’s national service with the then Ghana Telecom, Mr Nkrumah was employed as a data communication engineer at Reiss Information Systems.

After a year’s service to Reiss, he joined the Volta Aluminium Company (VALCO) in 1997 and worked there for nine years as a computer network administrator.

He told The Mirror, his challenging experience at VALCO was when he led a group of information technology (IT) personnel to develop a system that saw successful change of the company’s email systems (the word perfect systems) they were using at that time to the Microsoft Exchange which was being deployed by a few multi-national corporations in the country at that time.

The old system, according to him, often fails to deliver the needed information for production when a lot of people are logg

“The task was challenging as it involves rolling the old system into the new exchange which needed a tactical approach to ensure old mails did not get lost during the transition period as that could have affected production works in the plant”, he explained.

The installation of the new system therefore offered an added advantage to staff to access mails outside the office as well as work from remote locations in the country.

Following a redeployment exercise at the plant due to its dwindling fortunes, he resigned in December 2008 to concentrate on the activities of a consultancy he set up in 1997.

The firm, Princetronics Engineering, has over the years been providing services in the areas of networking and email message systems to the Ghana Ports and Harbours Authority, Tema Development Corporation, Alpha Wireless and Tema Tuna Ventures among other companies.

The shy-looking Mr Nkrumah, who also holds a post graduate diploma in Telecommunications from the United States Telecommunications Training Institute (USTTI), was born on March 16, 1968 at Takoradi in the Western Region to Mr William Johnson Nkrumah, a retired naval officer from Jamasi in the Ashanti Region and Ms Eleanor McCarthy a native of Cape Coast.

Mr Nkrumah, who is also a Microsoft Certified Systems Engineer, is married to Genevieve, a trained teacher with whom he has two children, Princess, eight, (who is schooling in the United States of America) and four-year-old Phoebe Nkrumah. Share Your Thoughts on this article Name Email Location Comments Graphic Ghana may edit your comments and not all comments will be published