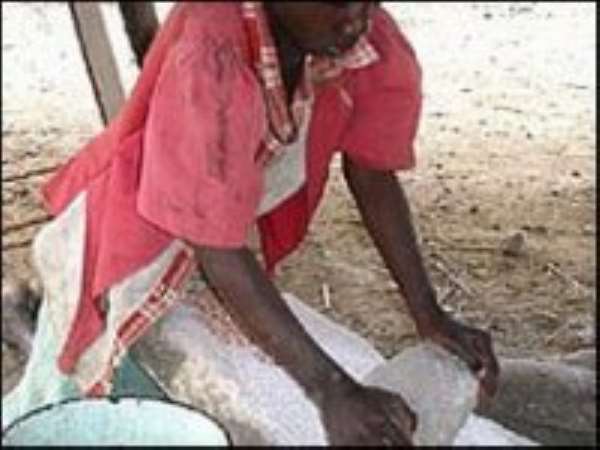 At least four out of five children in orphanages around the world have a living parent, a leading charity says.

In a report, Save the Children says some institutions coerce or trick poor parents to give up their children.

As a result, the report says, millions of children are put at risk through living in an institution, and face rape, trafficking and beatings.

Save the Children says resources should go into projects which support families so they can look after their children.

The findings have been dismissed by officials who run orphanages.

Save the Children says about eight million children are known to be living in orphanages and similar institutions around the world, but the actual number could be much higher as many are not registered.

It says orphanages in some countries have become big business, with those who run them often receiving financial incentives from governments or well-meaning donors.

Report author Corinna Csaky writes: "It is a myth that children in orphanages have no parents. Most are there because their parents simply can't afford to feed, clothe and educate them."

It says parents who hand over their children may hope to give them a better education or believe they will be returned to them when they are older.

But few are aware they are giving up all legal rights to their child, the charity says, and often adoptive parents do not know the true background of the youngster.

The report says children have become "commodities" in a growing industry and that "unscrupulous institutions are known to recruit children in order to profit from international adoption and child trafficking," the report says.

Spokeswoman Sarah Jacobs says the problem is a global one, but cases are especially high in parts of Africa and Eastern Europe.

Most recently, she says she has seen children living in "atrocious" conditions in Liberia, where the number of orphanages has multiplied tenfold in the past 10 years.

She cites cases of numerous children sharing a single bed, of 30 children sleeping in a flooded dormitory, and still others being forced to work in the orphanage instead of going to school.

But the head of an orphanage in the Liberian capital Monrovia has dismissed the group's findings.

"Save the Children have their own motives," Albert Wreh, president of the Love a Child Orphanage, told the BBC's Network Africa programme.

"We have a focus - we are Liberians, and we are taking care of Liberian children," he said.

In Kenya, the BBC's Will Ross says several institutions have sprung up to take in children who have been forced on to the streets by poverty, the effects of HIV/Aids, and last year's inter-tribal violence.

Our correspondent says there have been some complaints of inhumane treatment and the government admits the homes are not always well run.