By Office of former President Rawlings/http://jjrawli 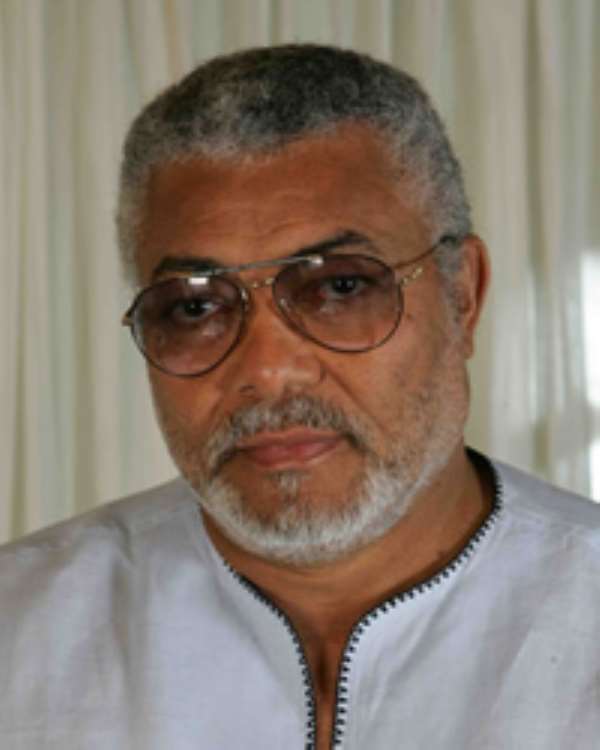 In a statement issued on Friday the former President said every effort must be made to apprehend perpetrators of various crimes during the past administration.

“We should be particularly concerned about the lack of investigation in the Ya Na case and shocked at the escape of a suspect in the Issah Molbila murder case. Previous investigations on the Ya Na murder lacked integrity.”

The former President said serious crimes had been perpetrated for political expediency over the past eight years and these had to be exposed quickly to avoid cover-ups.

“I have been speaking about criminals walking about freely, some of whom were pushed into uniformed institutions. These people have been used as agents of sabotage, some used to assassinate fellow soldiers and made to look like suicide, a police officer shot in the back in the Volta Regional Minister's residence, arson and a host of other crimes.”

The former President said the arrests go to prove that some of the admissions into national institutions had been corrupted by NPP's political manipulations. He called on these institutions to purge themselves and restore their past enviable integrity.

An Accra-based newspaper on Friday reported that the Bureau of National Investigation (BNI), in collaboration with the Defence Intelligence have arrested and placed five soldiers in custody over the gruesome assassination of the late Roko Frimpong, then Deputy Managing Director In-charge of Operations of Ghana Commercial Bank in 2007.

On June 28, 2007, three armed men gunned down Roko Frimpong at his home in Tema. His assassination came in the wake of several suspicious and unexplainable gun murders.