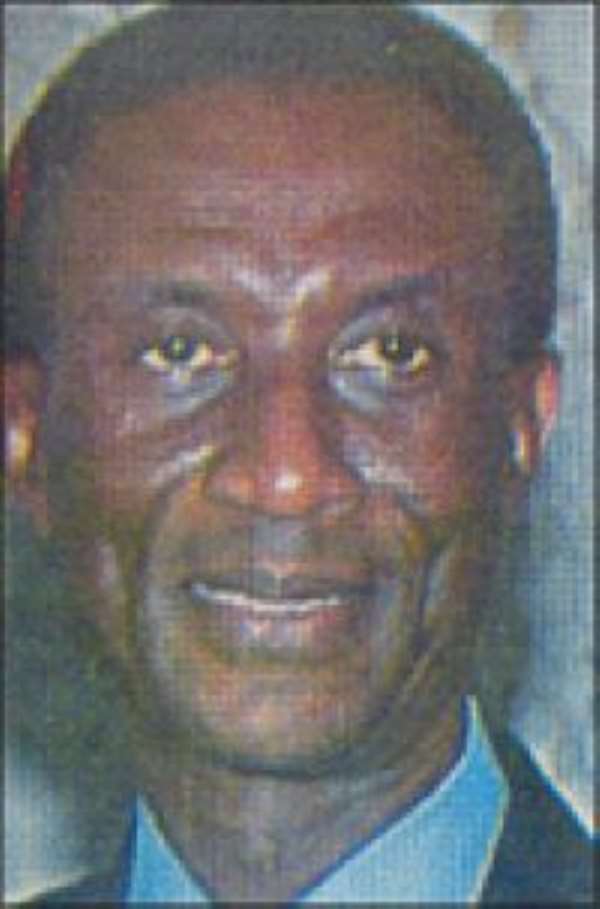 The Bureau of National Investigation (BNI), in collaboration with the Defence Intelligence have arrested and placed five soldiers in custody over the gruesome assassination of the late Roko Frimpong, then Deputy Managing Director, In-charge of Operations of Ghana Commercial Bank (GCB) in 2007.

On June 28, 2007, three armed men gunned down Roko Frimpong at his home in Tema. His assassination came in the wake of several suspicious and unexplainable gun murders, drawing comments from then candidate J.E.A. Mills that the nation was experiencing "contract killing."

Multiple intelligence sources are suggesting that the assassination of Roko Frimpong has a link with his position on the redenomination exercise in 2007. The sources also hinted that the assassination of the Head of Security of Bank of Ghana who was also gunned down in his house in similar fashion is also connected to a position he took on the redenomination exercise.

According to The Enquirer's intelligence sources, one soldier was picked on Thursday, three others picked on Friday and another one picked on Saturday. They include Sgt. Samuel-Number 186664, Corporal Antwi, Corporal Richard-Number 187882, Sgt. Michael-number '188088 and Corporal Lamptey.

By press time Thursday, sources said one of the suspects was likely to be released.

Meanwhile, there is intense speculation within the Military top brass that they suspect that a senior military officer who is now with the Defence Intelligence might have given the order to the three soldiers. Some said the officer who is unanimously described as a fine officer but who allowed himself to be used by some politicians has been spotting an unusual calmness and unease since the five soldiers were picked up.

In September 2007, the police administration under pressure from the public paraded four persons they claimed were suspected to be members of a gang that was involved in the murder of the GCB's deputy managing director Roko Frimpong. The four were arraigned before court.

They four who appeared before the Osu District Magistrate court included Francis Ankobea aka Nana Sei, William Agbavor, Foster Kwame Boakye, Samuel MacCarthy who were being held for conspiracy and murder. Surprisingly, the police alleged that the four admitted their involvement in the crime. The court did not take their pleas and remanded them into police custody to reappear on October 30,2007.

Two other suspects Atta Kakra and Jonathan Abbey aka Joe were said to be at large. But Dela Blagodzi, who represented Ankobea told the court that his client was ready to assist the Police in their investigations in order to prove his innocence, a position which contradicted police claim that all four had admitted culpability in the slaying of the GCB boss. Mr Blagodzi said the police should also expedite investigations into the matter adding, "At the appropriate time, we would lead evidence to exonerate ourselves."

The other accused persons were not represented by any lawyer. Prosecution however, prayed the court to remand them into police custody to enable the police to continue with their' investigations which the court obliged.

The government said the docket was being forwarded to the Attorney General's Department for study.