An age in which nothing can be forgiven by CAMERON DUODU 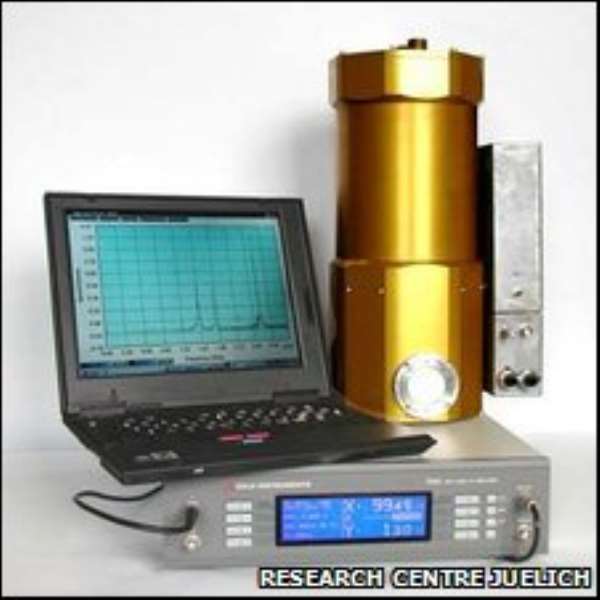 I've just become aware of a book which discusses one of the curses of our age: our inability, because of the Internet, to prevent people from reading things written about us which are not true.

The book is entitled “Delete: The Virtue of Forgetting in the Digital Age”.

It is by a man called Viktor Mayer-Schönberger and is published by Princeton University Press, Princeton, NJ, USA.

It costs $24.95
The writer points out that because of the powerful search engines that exist on the Internet, everything written about anything that gets posted on a website on the internet, is stored for ever.

One of the examples given by the writer is a confession, made in a jocular mood, by someone about a love affair he had had with an under-age person.

This fellow had forgotten all about it when ten years later, he applied to visit a foreign country.

When a “search” was made of his name, the story of his love affair came up and he was not allowed to make his journey.

Ten years? Yeah.
Nothing gets forgotten these days.
Of course, the writer points out, it is possible to exercise one's legal right to confidentiality and privacy and get untrue things written about oneself to be taken down from the Internet through a court order.

But because of the complexity of litigation, and the cost it often entails, few people do exercise their legal rights.

I know from personal experience that what he says about us not being able easily to remove things written about us is true.

For I found my name associated with an untruth in the Report of the National Reconciliation Commission, published in 2004.

In Volume 4 Chapter 3, Paragraph 2.7.6, the following statement is made, in the context of a potted history of government harassment of journalists in Ghana:

Their crime was criticising the Abbot Laboratory (a U.S. pharmaceutical company) Agreement with the NLC regime.

“A new editor for the Daily Graphic, Cameron Duodu, was appointed to replace the dismissed editor, by the NLC.

He was also later to be dismissed, ironically, by the civilian Progress Party Government, for criticising Dr. Busia's policy of 'dialogue with South Africa'.”

Whoever wrote this for the NRC had stood history on its head! I was appointed editor of the Daily Graphic in 1970 and NOT in 1967 — three whole years later.

So the impression given in the Report that I profited from the dismissal of courageous editors by accepting an appointment from the Government that had dismissed them, is totally false.

What is strange is that whoever wrote the paragraph for the Commission could so easily have checked his or her facts and thus escaped from writing an untruth.

The Daily Graphic keeps bound copies of all its editions in its library, and on the back page, the name of the editor is always to be found. Sheer laziness, I am sure, caused this error.

For even if the writer was too lazy to go to the offices of the Daily Graphic to check, he/she could have gone and found bound copies of the paper at the Padmore Library, where such copies are kept.

When I found out about the inaccuracy, I complained to a friend of mine, who was a former employee of the Commission. He told me that since the Commission had been disbanded, the only person who could cause the error to be corrected was the Chairman of the Commission, Mr Justice Amuah-Sekyi.

But before I could write to the eminent judge, he unfortunately expired. My only option is to complain to the Deputy Chairman of the Commission, Brigadier Erskine. But when shall I get the opportunity?

The funny thing is that this story, which paints me in a bad light, was the exact opposite of what actually took place in 1967. It happened like this: before the editors were dismissed, I was asked by the Press Officer of the NLC, Mr C.C Lokko, to come and see him.

When I went to the Castle to see him, he took me straight to the office of the Secretary to the Cabinet, Mr Apaloo, and left me with him.

Mr Apaloo did not tell me anything about editors being sacked, but asked me how I felt about becoming editor of the Daily Graphic.

I said I would love to be editor of the paper, but added, “I must warn you, though, Sir: if there is a conflict between the government's interest and the public interest, I shall go with the public.”

He thanked me and I left. I never heard from either him or Mr Lokko again!

Had I accepted the appointment and later found out that the editors had been sacked, they would have become heroes while I would have been thoroughly embarrassed, cast as a villain in the public eye. It was only my instinct to tell the truth to power always, that had saved me.

Because I had kept this bit of our history confidential, someone had written the exact opposite of what had happened, and it was that that was on the Internet. How absolutely ironical. The truth is that I became editor of the Daily Graphic in completely different circumstances.

A popularly elected Government was in power, not a military one. How that civilian Government could not abide my views, in a democracy, is one of the paradoxes of the age in which we lived at the time.

But alas, I simply do not have the space here to do so.