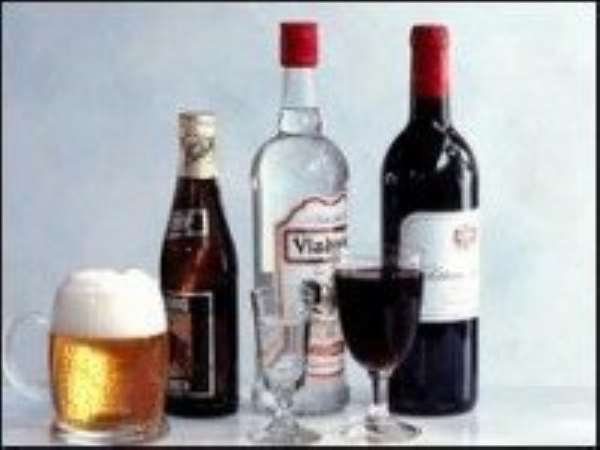 Drinking alcohol every day cuts the risk of heart disease in men by more than a third, a major study suggests.

The Spanish research involving more than 15,500 men and 26,000 women found large quantities of alcohol could be even more beneficial for men.

Female drinkers did not benefit to the same extent, the study in Heart found.

Experts are critical, warning heavy drinking can increase the risk of other diseases, with alcohol responsible for 1.8 million deaths globally per year.

The study was conducted in Spain, a country with relatively high rates of alcohol consumption and low rates of coronary heart disease.

The research involved men and women aged between 29 and 69, who were asked to document their lifetime drinking habits and followed for 10 years.

Crucially the research team claim to have eliminated the "sick abstainers" risk by differentiating between those who had never drunk and those whom ill-health had forced to quit.

This has been used in the past to explain fewer heart-related deaths among drinkers on the basis that those who are unhealthy to start with are less likely to drink.

The researchers from centres across Spain placed the participants into six categories - from never having drunk to drinking more than 90g of alcohol each day. This would be the equivalent of consuming about eight bottles of wine a week, or 28 pints of lager.

For those drinking little - less than a shot of vodka a day for instance - the risk was reduced by 35%. And for those who drank anything from three shots to more than 11 shots each day, the risk worked out an average of 50% less.

The same benefits were not seen in women, who suffer fewer heart problems than men to start with. Researchers speculated this difference could be down to the fact that women process alcohol differently, and that female hormones protect against the disease in younger age groups.

The type of alcohol drunk did not seem to make a difference, but protection was greater for those drinking moderate to high amounts of varied drinks.

The exact mechanisms are as yet unclear, but it is known that alcohol helps to raise high-density lipoproteins, sometimes known as good cholesterol, which helps stop so-called bad cholesterol from building up in the arteries.

UK experts said the findings should be treated with caution because they do not take into account ill-health from a range of other diseases caused by excess drinking.

"Whilst moderate alcohol intake can lower the risk of having a heart attack, coronary heart disease is just one type of heart disease.

Cardiomyopathy, a disease of the heart muscle, is associated with high alcohol intake and can lead to a poor quality of life and premature death," said the British Heart Foundation's senior cardiac nurse, Cathy Ross.

"The heart is just one of many organs in the body. While alcohol could offer limited protection to one organ, abuse of it can damage the heart and other organs such as the liver, pancreas and brain."

The Stroke Association meanwhile noted that overall, evidence indicated that people who regularly consumed a large amount of alcohol had a three-fold increased risk of stroke.

Public health specialists warned no-one should be encouraged to drink more as a result of this study.

"The relationship between alcohol and heart disease remains controversial," said Professor Martin McKee of the London School of Hygiene and Tropical Medicine.

"While there is good evidence that moderate consumption is protective in people who are at substantial risk of heart disease - which excludes most people under the age of 40 - we also know that most people underestimate how much they drink. This paper adds to the existing literature but should not be considered as definitive. "

In the UK, the recommendation is no more than two to three units of alcohol a day for women - the equivalent of one standard glass of wine - and three to four units for men.

Professor Alan Maryon-Davis, president of the UK Faculty of Public Health, agreed that the message from this study was not clear: "At the end of the day, you're juggling different risks and benefits, maybe helping your heart or maybe damaging your brain and liver.

"The simple message is moderation.
"Stick to the guidelines, and you won't go far wrong."