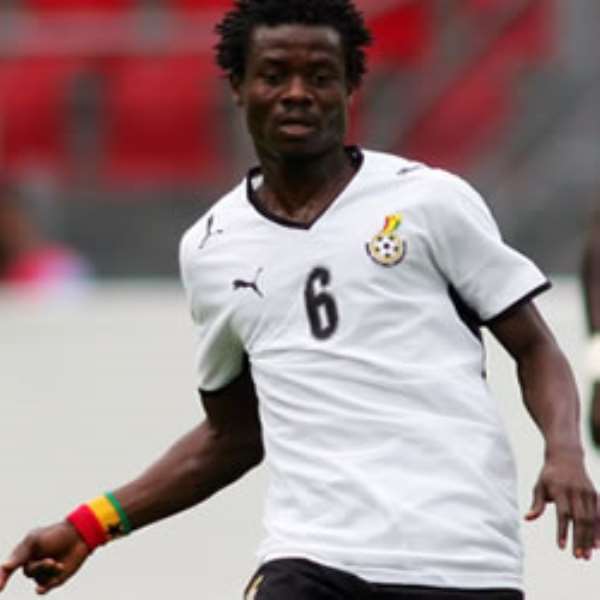 Ghana completes qualifiers with a draw against Mali on Sunday in their last World Cup qualifying match at the Baba Yara Stadium in Kumasi.

The Black Stars twice came from behind to tie the game which finished 2-2.

Goals by Matthew Amoah and Anthony Annan - his debut goal - in the second half canceled out Lassane Fane and Tenema Ndiaye's strikes for Mali.

But on a day which saw three headed attempts by Stephen Appiah, Matthew Amoah and Sulley Muntari come off the woodwork, the Malians always looked determined to save their Nations Cup qualifying campaign as Ghana struggled to win in the final stretch.

Ghana, however finished top of the African Group D standings with 13 points.

The first half of the match was uneventful for both teams until Lassane Fane's opener after 24 minutes.

The goal separated both sides but back from recess, Ghana upped the pressure.

Ghana coach Milovan Rajevac made his first change as captain Stephen Appiah came off for Kwadwo Asamoah after 62 minutes.

The Black Stars drew level on 65 minutes when Matthew Amoah reacted quickest to angle in a shot after Mali's goalkeeper Mahamadou Sidibe had spilled an effort from Michael Essien.

However, Ghana's equaliser lasted only four minutes as Tenema Ndiaye connected a cross from the right to the far post of Richard Kingson.

Rajevac handed Lee Addy and Agyemang Badu their first senior caps as they came on for Sulley and Essien before 85 minutes.

With Mali close to running out winners, Annan leapt to direct an Eric Addo free-kick to the far post of Sidibe as both sides shared the spoils.

Despite the Black Stars already having guaranteed their places at both the upcoming Nations Cup and the 2010 World Cup, Ghana had sought to close out the campaign with a win.

NPP may lose 2024 elections if Bawumia is imposed as flag be...
15 minutes ago

Keep quiet and concede defeat because you couldn't perform —...
25 minutes ago