Marriage: Myths of Mystery and Misery 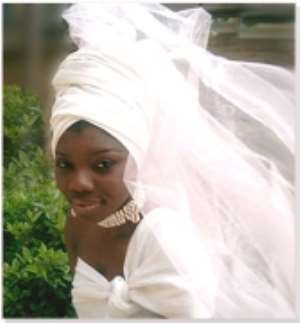 Unfortunately, in Bangladesh, marriage has often become a source of crime and violence, and even for the transmission of diseases. According to statistics of the Bangladesh police, 69,801 cases of cruelty against women were registered between 2003 and 2007. Most of these cases were in some way related to marriage or sexual desire.

Marriage has become a vehicle for the perpetuation of the oppression of women in various ways; it is through the role of wife that the subjugation of women is maintained. While sex and sexual desire is a natural force for healthy and productive society, marriage has, at times, become an undesirable obstacle to natural sexual desire and freedom.

All over the South Asian subcontinent, changing socioeconomic conditions and people's higher levels of education have caused a rise in the marriage age and a drop in the the incidence of marriage. Young people often spend half their adult lives outside of marriage, but that doesn't necessarily mean that they are waiting until marriage to enjoy a wonderful sexual life; rather, they are enjoying active sexual lives with available precautions.

Where cultures recognize the importance of marriage, they also view sex outside of marriage and adultery as a violation of the terms of marriage. Marriage as an institution was developed and constituted from rape as a practice. Whereas without marriage woman have more freedom, in marriage women can become the object of legalized rape.

Marriage as a institution has become optional. People are being initiated into sex before marriage, while conservatives are trying to turn back the tide, arguing for the primacy of marriage by promoting traditional values.

Traditionalists argues that if people deny the institution of marriage, then the basic structure of society, the family, will slowly be banished from society; consequently, society as a whole will be negatively affected. Violence crimes and sexual violence against woman will substantially rise. Again the question is, who will be the victim and who will be the perpetrator in this changing situation? Obviously, the woman will be the victim of violence and the man will be the perpetrator. Nothing will change now while the marriage fails the pepretotrs of violence against woman are man and when the marriage instition will be dissolve the perpretor will be man , not the woman.

Marriage urged the perfection or how successful the marriage is, but there is no perfect marriage, for there are no perfect men or women. Marriage itself a institution that historically filled with restrictions that fails to present freedom and fertility to the couples.

People marry for different reasons, most often including one or more of the following: legal, social, emotional, economical, spiritual and religious. If you ask 100 different people to define viable reasons for wanting a divorce, you'll most likely get 100 different answers. Common reasons that cause people to think about or want to get a divorce are: conflicting personal beliefs, decreased marital satisfaction, abandonment, adultery, abuse, bigamy, imprisonment, institutionalization, and so on.

I wonder why prostitution is illegal and marriage is legal, even though prostitution is described as the world's oldest profession. In marriage, the wife becomes a licensed prostitute, and the wife is doing the same thing. The Chanakya Indian strategist and Writer rightly described a wife in marriage, “A good wife is one who serves her husband in the morning like a mother does, loves him in the day like a sister does and pleases him like a prostitute in the night.”

The abolition of marriage on the Indian subcontinent will bring an end to the source of violence in marriages, the dowry system and any other form of oppression that men and women experience through marriage.

Abraham Lincoln said, “Marriage is neither heaven nor hell, it is simply purgatory.” The religions of the world are trying their best to guide their followers towards heaven while some get married, many get divorced and new groups introduce gay marriage. Thousands are fighting to legalize gay marriage, while religions have declared a crusade to deny such rights.

The Myths of Mystery and Misery of marriage will come to an end; the people will set the free from the captivity of the captive system of marriage, sharp suppressive tools of religion and politics when the marriage system will be abolished in the society.

William Nicholas Gomes is a human rights activist and freelance journalist.He can be reached at E-mail:[email protected]