By Mole @ Ministry of foreign Affairs 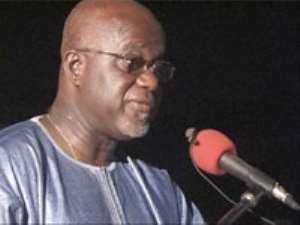 While the ministry of foreign affairs is struggling with problems of leaking roof, falling windows and lack of general maintenance, the Hon foreign minister has used STATE fund to buy furniture set just to decorate his 5th floor office room. Sources close to the ministry indicated that between 5th august and 7th august 2002, the suppliers of the 300millin cedis furniture were seen busily working with the minister’s nephew, Mr. Amu, who is an A3 officer employed at his office. Mr. Amu even travels with him, on foreign trips, only to take pictures with the digital camera. It is strongly believed, by this Ghanaian social analyst, that the allocation of the 300million was for the renovation of the ministry, but was rather channeled to buy the posh furniture for the "High Class Foreign Minister". Investigations by this writer to the ministry indicated that some kind of cover-up is in the works. Painting and minor works are being done, so as to be a cover for the Minster to show his superior at the castle that the money is being used for its original purpose. The ever touring Foreign Minister, who speaks loosely, has also subjected his officers to insults and hardly spend even 7(seven) days a month at the ministry to do anything. He is either traveling to attend out-dooring for the Ghanaian Ambassadors for whom he is the boss or pretending to be on government business. This is the fate of HIPIC Ghana where we buy 300million cedis furniture. GOD BLESS GHANA.