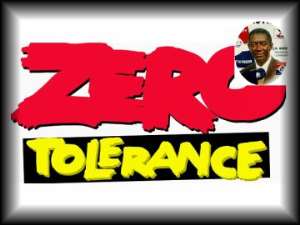 The Associate Executive Director of the Ghana Centre for Democratic Development (CDD), Dr Baffour Agyeman-Duah says the government’s declared Zero Tolerance For Corruption has not been effectively translated to meet the expectation of the people. He said there is growing perception among the public that the declaration, which was first, made by President Kufuor in his inaugural address has not been effectively implemented. Dr Agyeman-Duah said even though the jailing of two former Ministers could be interpreted as a manifestation of the policy, the public thinks that there is a lot of corruption where individuals are not caught in the web of the anti-corruption drive. Referring to the recent furore over the cost of renovation of government bungalows and the Castle, Dr Agyeman-Duah noted that even though no specific allegation of wrong doing has been established against any government official, it was clear that the absence of clear lines of authority and procedure has created lapses which cost the nation much loss. He advocated for the reversal of such a situation in order to ensure that such lapses do not recur. In a separate interview, the Leader of the People’s National Convention, Dr Edward Mahama also said so far the government has done very little to clear the perception that its zero tolerance for is only targeted at political opponents. According to him, until the government takes actions against some of its top members who have been accused of wrong doing, “the declaration of zero tolerance for corruption will only remain a hot air”. Recently, the NDC minority in Parliament took the government to task for failing to create the office of accountability in the office of the President and other measures announced by the government in order to give meaning to the policy of zero tolerance for corruption.