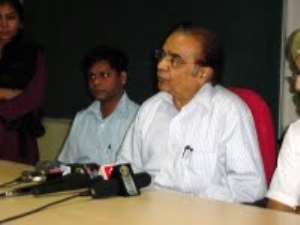 "The Live Operative Workshop on Single Port Total Hysterectomy; Single Port Cholecystectomy; and Laparoscopic Hernioplasty, held on the first day of the conference, exposed over 500 delegates to the latest advancements made in the field of Minimal Access Surgery. It was not only the surgeons' delight to be a part of the revolutionary changes sweeping the field of conventional surgery, but also the attention bestowed on the common patients by the uncommon doctors" informed Prof (Dr) Rama Kant.

The conference began on a very practical and professional note, with renowned surgeons showcasing their skills and expertise in performing 'big operations with minute or no incisions'. The star performer was none other than Dr Prashant Rao, aptly called the “Father Of Single Port Surgery”. He performed Single Port Cholecystectomy (no perforation) on a female patient.

“The main thrust of the workshop is to bring the state-of-art surgical techniques to the aid of the common people. With more and more doctors honing their skills in this direction, and with the people becoming more aware of the overall benefits of Minimal Access Surgery, these surgical procedures are likely to replace conventional open surgeries in a big way, and become available to all strata of society, irrespective of their social status” said Dr HS Pahwa.

Even though the direct cost of such surgical interventions, may be slightly higher than conventional surgery, but the overall gains are far too many. Dr Pahwa informed that there is less tissue trauma, chances of post operative infections are minimised, recovery is faster, and duration of hospital stay is reduced. All this adds up to be more patient friendly and more economical in the long run.

As 60-70% of the patients coming to hospitals like CSMMU are poor, this workshop should go a long way in making the latest technologies affordable. Dr Rama Kant was very optimistic about the outcome of the conference and rightly believed in Thinking Big in order to Achieve Big.

Ya-Na commiserates with Mahama
21 minutes ago