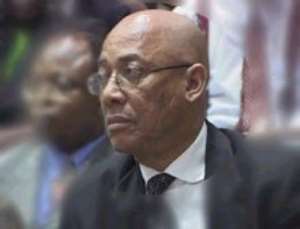 THE Commissioner for Human Rights and Administrative Justice (CHRAJ), Mr Emile Short, has called for the review of the law establishing the commission, to make its service delivery more efficient and effective. According to him, the law as its stands now creates uncertainty among judges as to how to enforce the decisions of the commission. He also said the limited number of the commission’s membership as stipulated by the law makes the work of the commission difficult. The existing law also generates disparity and anomalies between the staff of the commission and allied institutions , while some of the functions of the commission are a duplication of those of the Serious Fraud Office (SFO). He made the call at a two-day review workshop organised by the Ghana Centre for Democratic Development and the Parliamentary Select Committee on Constitutional, Legal and Parliamentary Affairs at Akosombo at the weekend. The workshop which was on the theme, “The Commission on Human Rights and Administrative Justice”, was sponsored by the USAID. On Section 18(2) of Act 456 which makes the decision of the com-mission not binding but may be enforced by court action, he said it has created uncertainty among judges as to how to enforce the decision of CHRAJ. He noted that some of the issues being raised include whether the law gives courts a power of judicial review only or if they can go into the merits of the case by calling witnesses. “Under the circumstances, would the court reverse the decision of CHRAJ, should the proceedings of CHRAJ be exhibited during enforcement proceedings, and where the court refuses to enforce the decision of CHRAJ, should it not refer the matter back to CHRAJ with appropriate directives?” the Commissioners quizzed. He said the commission represents the model of a national institution that has adopted a holistic approach, combining in one institution three functions, namely, human rights, ombudsman office and an anti-corruption office as part of measures to ensure cost effectiveness. “The framers of the Constitution failed to appreciate that an institution like CHRAJ with a multi-pronged mandate would need more than three full-time commissioners to handle its extensive functions,” Mr Short said. In his view, the commission would need at least 10 commissioners more to discharge its diverse functions effectively. Under Article 233(1) of the 1992 Constitution, the qualification and emoluments of the commissioner and his two deputies are the same as for a justice of the High Court and Court of Appeal respectively. Mr Short argued that “pegging the salary of the commissioners with that of the judges was misconceived” because the deputy commissioners and the commissioners will, during their term of office, continue to be on the status of High Court and Court of Appeal judges respectively without opportunity for promotion or career progression. “The commissioner has administrative responsibility with over 100 offices under his supervision, in addition to his administrative responsibilities, adjudication, mediation, supervision and development of public education programmes, and participate in all public education programmes throughout the country,” he said. He said due to the lack of proper salary administration, conditions of service and career progression, “currently there is only one deputy commissioner and at least on the average the commission losses seven legal officers to SFO and other institutions every year”. The commissioner said Article 281 of the 1992 Constitution and Section 7 of Act 456, which expressly mandates CHRAJ to investigate all instances of alleged or suspected corruption and the misappropriation of public money by officials, conflicts with the functions of the Serious Fraud Office (SFO). He said Section 3(1)(a) of the SFO Act (466) also requires the SFO “to investigate any suspected offence provided for by the law which appears to the director on reasonable grounds to involve serious financial or economic loss to the state or to any organisation in which the state has financial interest”. He noted that even though SFO’s mandate is stated in broad terms, the purpose for which the SFO was established and its intended mandate are clearly stated in the memorandum to the bill which clearly states that the office was set up as a specialised organisation to deal with economic/white-collar crimes such as fraud relating to banking, accounting, surveying, over-invoicing, money laundering, capital flight, computer crimes, stock exchange fraud, among others. “There should, therefore, not be any confusion as to which organisation is established to fight corruption,” he added. The chairman for the occasion, Nana Pra Agyensaim, Member of the Council of State, called for adequate resources to finance such important institutions such as CHRAJ. He said such institutions, through their activities, save the nation billions of cedis which some recalcitrant members of the society, through their official fuctions, squander. He urged Parliamentarians to discuss issues of CHRAJ dispassionately, devoid of party sentiments.