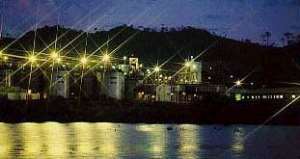 ABOUT 580 ex-workers of Goldfields Ghana Limited (GGL), a Tarkwa-based mining conglomerate, have filed a writ at an Accra High Court, seeking damages from their former employers for wrongful termination of their appointments.

They are also praying the court for an order directed at the defendant company to pay the plaintiffs bonuses in addition to interest on their provident fund contributions.

The plaintiffs are also praying the court to have the defendant pay the aggrieved workers their full terminal entitlements plus interest on all monies to be paid by the defendant to the plaintiffs from the dates due to date of final judgement at the prevailing bank rate.

In their statement of claim accompanying the writ filed on their behalf by A. A. Somuah Asamoah, an Accra-based legal practitioner, the ex-workers said they were severally employed between 1993 and 1999 by the defendant for mining operations at Tarkwa after a period of probation.

Plaintiffs averred that upon their engagement they were notified in an appointment letter by the management of GGL, which stated inter alia that their employment with the defendant company would be covered by a collective agreement between the two parties and the Ghana Mines Workers Union (GMWU) and the latter's conditions of service and pay schedule.

The ex-workers further averred that from the dates of their respective employment, they gave of their best and diligently that responsibly and enthusiastically discharged their duties, adding that some of them worked for three years continuously without any increase in their salaries.

The statement further said plaintiffs had to work in very hazardous conditions without adequate protective gear in addition to the fact that work done on full working days on Saturdays were compensated with only one and a half hours' overtime rate.

"On or about July 27, 1999, the defendant informed the plaintiff at a rally that the underground operations of the company had to be suspended due to sharp fall in the world market price of gold. The plaintiffs aver that they were told that for the reasons aforementioned the workers were to be temporarily sent home for a short time," the statement said.

At that time plaintiffs were told that in the interim they would be given some financial package to live on during the period the company's underground operations were suspended.

The defendant also told them that they would be recalled upon the resumption of the operations of the underground mine.

Few employees were, however, retained as skeleton staff responsible for the care and maintenance of the mine.

The defendant company then proceeded to pay to the plaintiff various amounts of money which the ex-workers were compelled by the circumstances in which they found themselves to take.

The plaintiffs were later informed that the underground mining operations of the defendant company ceased and that the skeleton staff had been dismissed.

The statement further said the ex-workers later had information that GGL management were employing a new work force comprising some of the old workers and entirely new personnel for surface mining operations of the company.

The plaintiffs therefore sought audience with management of GGL to ascertain the veracity or otherwise of the information they had got and at the meeting that was convened, the plaintiffs were told by the defendant that the former had been retrenched.

The statement of claim also said GMWU had no mandate from the plaintiffs to negotiate or agree on a redundancy exercise and its modalities on their behalf, adding that indeed at the meeting at which an agreement was purportedly reached on redundancy, the GMWU had been mandated by the ex-workers to negotiate for salary increase with defendant and nothing about redundancy or retrenchment.

The plaintiffs further said on realising that the amounts so paid to them were not negotiated, determined and agreed upon as provided by the collective bargaining agreement, they petitioned several institutions and individuals, including President Kufuor, the Attorney General, the Commission for Human Rights and Administrative Justice (CHRAJ) for their intervention and redress, but all their appeals and petitions had been futile.

The plaintiffs have suffered loss, deprivation and damage by reason of the matters aforesaid.

They therefore claim as their writ of summons for damages for wrongful termination of their employment with the defendant company, including an order to the defendant to pay plaintiffs their full terminal benefits or entitlements.

No date has yet been fixed to hear the case, which is expected to be handled by the Fast Track High Court.

Have Confidence In Me, I'm An Honest Leader — Akufo-Addo
15 minutes ago