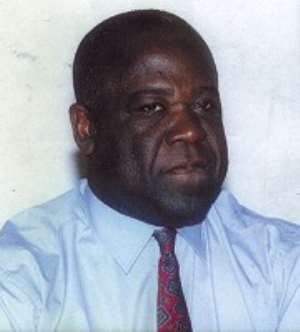 The Chairman of the beleaguered national carrier, Ghana Airways’ Board of Directors, Dr. Sam Jonah is reported to have resigned his position with immediate effect. Sam Jonah according to “The Independent” is said to have resigned last Tuesday, July 2, after Ghana’s Cabinet failed to approve a rescue plan for Ghana Airways as well as the removal of Captain Kofi Kwakwa as chairman of the Management Task Force of Ghanair. Dr. Jonah is reported to have previously made three attempts resigning but on each occasion, president Kufuor is said to have rejected the move on the grounds that he appointed him to save the airline from collapse. Following the turbulent situation at Ghanair, the Ghana Airline Pilots Association (GALPA) is also asking government to ask Captain Kwakwa to step down as chairman of the airline’s management task force. GALPA contends that government needs to save the airline from further embarrassment resulting from the expensive mistakes of Kwakwa’s leadership. The latest scandal, the paper says involves serious managerial lapses which has cost Ghana Airways $525,000. US authorities have fined Ghana Airways $75,000 on at least seven occasions when Kwakwa’s administration did not bother to submit names of air crew operating aircraft to the USA ahead of scheduled arrival of the flights. “The Independent has seen documents written to the Transport Minister, Dr. Anane, in effect demanding the removal of Capt. Kwakwa. The airline pilots called a strike to back their demand on Wednesday 19th June 2002 but were persuaded by Dr. Anane to withdraw their action as he gave his word that he would take action by July 2nd 2002. According to the pilots, The Independent spoke to, all Ghanair pilots know that the airline does not have money to pay them so they are not asking for more pay or allowances. The pilots told the paper that what they want from the government is a qualified management team which can manage the airline.” In an advertiser’s announcement in the state-owned Daily Graphic last Friday, the pilots accused Capt. Kwakwa of ‘blowing’ ¢4 billion at a time when the corporation’s management has been disgracefully begging government for money. The pilots want a management that has the clout to go out to the international market to source for funds on competitive basis to run the airline. The pilots also contend that they have the men and capacity to work to pay the debt off for the airline. They find the current management style an affront to their professionalism and are no longer prepared to tolerate a weak management.