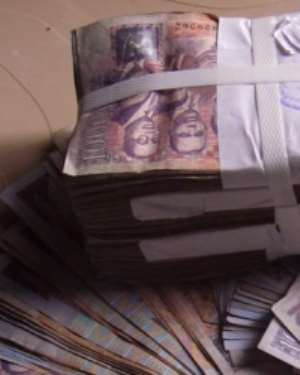 GH¢ 2,268,81.00
He said though the figure was not enough, it was impressive and would motivate revenue collectors and other stakeholders to improve on their revenue generation activities.

Mr Anthony Bassaw, District Chief Executive MWEDA, said the assembly also disbursed a total of GH¢ 8,000.00 to the area councils, to enable them to perform their core function of local governance.

“The considerably improvement in revenue mobilisation notwithstanding, the assembly had performed poorly in other sectors of development and this is the reason we have to focus on poverty reduction programmes aimed at harnessing the potential of our people,” he said when he addressed the second ordinary meeting of the assembly at Daboase on Thursday.

He noted that the assembly was also putting in place strategies to make the sub-structures function more effectively, and to begin this, provision has been made for the completion of old projects as well as initiating new ones like the construction of the Ateiku clinic, new Subri market among others.

The DCE revealed that the assembly had also embarked on sensitization programmes aimed at proper planning and construction of houses.

The services of the Hydro Unit of the Architectural Engineering Services Limited (AESL) had been sought to assess the drainage situation and offer the district technical assistance, he said.

Mr Bassaw expressed concern about the activities of illegal miners along the river Pra, which was the only source of drinking water for the people in Sekondi-Takoradi, adding that, “the level of illegal chainsaw operations within some forest reserves in the district are also of major concern”.

He said the district security and Regional Co-ordinating Council would continue to carry out periodic checks, aimed at halting the activities of these illegal entities and preserve water sources and save the environment from further destruction.

“Mr. Bassaw appealed to traditional authorities to join the crusade to eliminate galamsey and illegal chainsaw activities in the district”.

Mr. Kwamena Boakye, Assemblyman for Dompim No. 1 in his contribution to the proceedings of the assembly, called for the re-introduction of the five per cent statutory allocation from the Common Fund for the administration of the sub-structures within the district assembly concept.

He noted that scrapping the figure off had hampered the work of the Urban, Zonal and Area Councils, as well as the Unit Committees who depended on the amount for its day-to-day running.

Mr Boakye noted, “If government indeed wants to ensure the effective running of the decentralisation process, then he should maintain it as a matter of urgency, adding, these are the things that make the assembly work effectively”.