Corruption allegation has made me popular -Muntaka 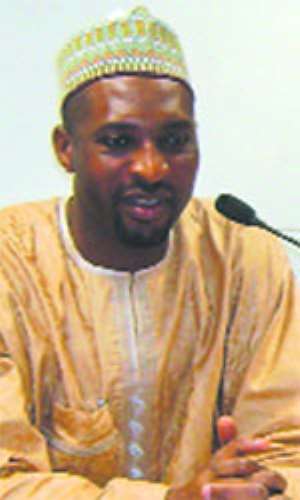 Much as the former Youth and Sports Minister might not be happy about the manner in which his image and reputation were dented by the corruption allegations levelled against him, Alhaji Muntaka Mubarak however takes delight in the fact that his name has become a household one on the lips and minds of every Ghanaian.

He believes the events that led to his resignation as a substantive Minister has made him more popular in the eyes of Ghanaians. The former Minister made this known when he spoke to Joy FM Super Morning show host, Kojo Oppong-Nkrumah yesterday.

Alhaji Muntaka does not think he has become infamous as suggested to him, instead he noted “I can tell you, this has rather made me popular.”

Though he admitted he might have committed an 'error of judgment' in the process, Muntaka said he was not the least bothered by comments by some members of the public and his political opponents, who were advocating for his prosecution.

He would not agree to suggestions that he has carved for himself a notorious image in the eyes of members of the public, since according to him, it had rather made him popular within his community.

Alhaji Muntaka expressed concern over the manner in which the entire issue was handled by the security agencies which investigated him.

He also expressed misgivings about how members of the public passed judgement on him, long before the investigations were concluded.

According to him, some people, including members of his own party, the National Democratic Congress (NDC) had taken entrenched positions about the case since they were bent on nailing him.

Asked how his wife was coping with the entire episode, especially the part which bothered Ms Edith, the Secretary of the Majority leader, Muntaka said his wife still believes in him. The Member of Parliament for the Asawase constituency in the Ashanti region said he has been married to his wife for the past 10years, and emphasised that his wife and all those close to him can vouch for his sense of morality and honesty.

Asked for his comments about the performance of his replacement at the Ministry, Hon. Rasheed Pelpuo, Muntaka said the Acting Minister was doing his best.

He could however not tell whether the supposed mafia group at the Ministry would also go after Hon. Pelpuo, stressing that it would largely depend on “how we all fight to expose what is happening there”. “We need to protect him, and I call on the youth to seek the truth and pursue it vigorously, let's not allow our effort to fight the status quo to be thwarted”.

He charged the youth to seek the truth, since according to him, there is so much rot at the Ministry of Youth and Sports. For him, this is just the beginning of a series of events, which are yet to unfold.