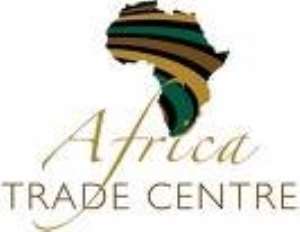 The 2009 Annual Review and Strategy Meeting of the Africa Trade Network (ATN) opens in Accra on Tuesday, August 11, to discuss the impact of the global economic crises on Africa and to enable civil society come out with appropriate responses in their campaigns to deal with the crisis.

The four-day conference to be held between August 11-14 will explore the implications of the global crises on food, energy, finance, trade and production and chart a framework within which on-going African civil society advocacy and campaigns on the EPAs, WTO, debt, resource extraction and other economic policy concerns can be situated.

The meeting brings together members of the ATN and other networks of civil society organisations working on finance, trade, investment and economic development in Africa to discuss and develop shared positions on the current crises of the global economy and their implications for Africa's development.

A statement in Accra said the global financial and economic crisis had exposed the weak nature of African economies within the global system as shown in the dependence on few export primary commodities thus undermining economic activity in most countries. It said with unstable commodity prices and the import of most other products, especially manufactured goods, the weak or non-existent domestic and industrial decline in revenues and the international aid inflows as well as remittances, the global crisis had brought balance of payment problems, falls in foreign reserves, currency depreciation and lowering of general economic output in countries on the continent. "As usual the impact of the crisis, expressed in the further collapse of jobs and incomes, poverty reduction and social development programmes, is set to fall disproportionately on the poor, powerless and vulnerable," the statement said.

It added that the persistence of such structural vulnerabilities after almost three decades of structural adjustment policies meant to address Africa's economic problems also attested to the limited benefit of those policies. "Indeed those policies of indiscriminate liberalisation, deregulation, and dismantling of the public sector in Africa have in many regards served to aggravate those fundamental constraints," it said. The statement said the response by African governments and inter-governmental organisations had been largely shaped by legitimate short-term concerns such as liquidity, trade finance and other concerns.