Ghana's telecom operators make US$5.00 a month per subscriber 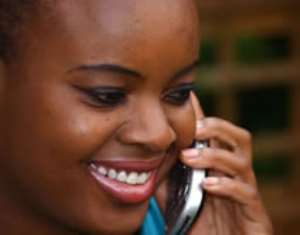 
Statistics on the earnings of telecom operators in Ghana indicates that operators made average revenue per user (ARPU) of five dollars a month in the first half of this year.

The ARPU comprised of both what a subscriber spends for calls and data communication on his or her network, plus what the operators make on the average from incoming calls to the subscriber as per the interconnection agreement.

The first quarter report for 2009 on telecom operators at the National Communications Authority (NCA) obtained by the GNA showed that market leader MTN made an average of US$8.00 a month per customer, Zain, made US$3.00, Tigo made US$5.3 while Kasapa made US$4.7.

It said the impact of mobile telecom on the economy was similar to the other enabling infrastructure such as roads, ports, airports and railways, adding that recent analysis by Deloitte showed that 10 per cent mobile penetration led to a 1.2 per cent increase in annual GDP.

“It also increases productivity and revolutionalises the way business is done and provides continuing employment and income generation for large numbers of people,” it said.

MTN, for instance, recently announced that it had so far provided 120,000 jobs, which generated income to support some 500,000 people outside of its core staff in Ghana.

Mr Brett Goschen, Chief Executive of MTN, told the GNA that mobile communication would continue to be the primary means for majority of the population to access voice, data, and internet service, projecting that subscribers would be demanding more of technologies that met their needs in making a choice of network.

He said, for instance, even though Ghana was the first country to launch internet in West Africa in 1993, there were still less than 800,000 internet users in the country, placing Ghana 28th out of 56 countries in Africa in terms of internet penetration.

Mr Goschen said the challenge for mobile telecom operators now was to focus more on services and technologies that provided customers with an all-in-one affordable voice, data and internet access, preferably, on the voice over internet portfolio (VOIP).

Give Me Chance To Correct My Errors — Disqualified Kofi Kora...
58 minutes ago