Nurses Cry Out Over Unpaid Salaries 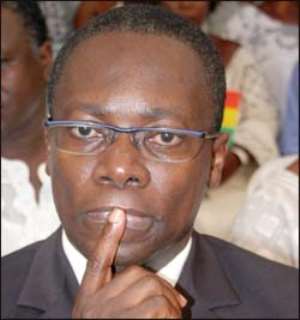 REGISTERED NURSES who attended various private nursing institutions in the country and have been working with various public health facilities for the past two years have threatened to lay down their tools.

The threat is coming on the heels of the fact that these nurses across the country have not been paid their salaries and other fringe benefits since they started work two years ago.

On the contrary, their colleagues from the public nursing institutions whom they started work with and hold the same certificate (Registered General Nursing Certificate) have been receiving their salary and other allowances due them.

Information reaching DAILY GUIDE indicates that an attempt by the affected nurses to get a financial clearance certificate from the Ministry of Finance so as to enable the Controller and Accountant General to pay their salaries has been unsuccessful.

The paper has learnt that a petition by the affected nurses for the issuance of the clearance certificate has been lying on the table of the Ministry of Finance since March this year without any fruitful attention.

In an interview with DAILY GUIDE, some of the affected nurses expressed surprise at the delay of the Ministry of Finance to issue the clearance certificate to enable them get their pay from the Controller and Accountant General.

They said they do not fathom why their colleagues from the public nursing institutions have been receiving their salary and other benefits due them whilst they wander in abject poverty.

According to them, their morale for effective and dedicated work has gone down considerably due to the non-payment of their salary and other benefits due them.

Because of the non-payment of their salary for the past two years, the affected nurses claim that they have become highly indebted to their creditors who give them money for their personal upkeep.

“I've been highly indebted to my creditors to the point that they are unwilling to give me credit any longer,” one of the affected nurses bemoaned.

She said she does not understand why they should be maltreated in this way after sacrificing to stay in the country to save lives whereas their colleagues have gone abroad for greener pastures.

In view of this, the affected nurses in Kumasi and their colleagues elsewhere have threatened to embark on a sit-down strike by the end of the month should the ministry of finance fail to issue the financial clearance certificate to them.