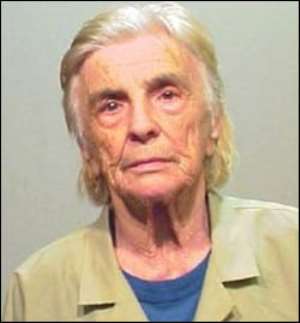 Authorities said a 86-year-old woman charged with shoplifting wrinkle cream and other items from a Chicago grocery store has been arrested 61 times since 1956. was arrested Sunday afternoon on the North Side after she allegedly stuffed $252 worth of groceries into her pants, including cosmetics, salmon, batteries and instant coffee.

She was charged with felony shoplifting.
Police said Orko has gone by as many as 20 aliases in the past.

Court records indicate that she has now been arrested 61 times and has 13 convictions for shoplifting.

She was arrested the first time in 1956 in Chicago for petty larceny and again in 1958 for grand larceny.

She's being held on $10,000 bail. It wasn't immediately clear who her lawyer is.