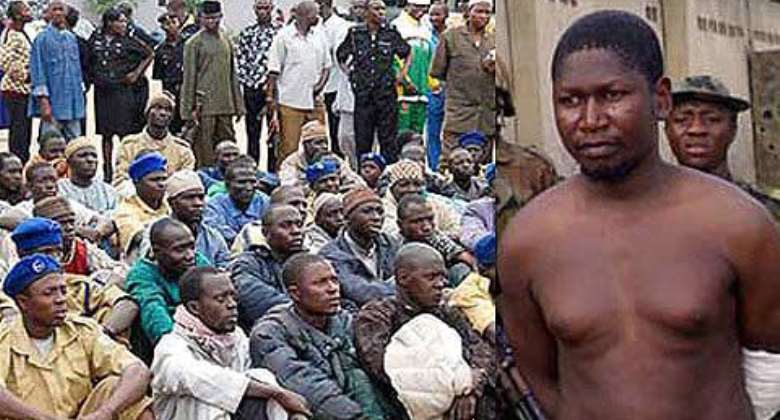 “Peace is restored and we are counting dead corpse now”, stated the spoke person of the Nigerian Police, Emma Ojukwu as he spoke to Ukpakareports.com regarding the aftermath of the crisis.

Also, sources who revealed to our correspondents of Jerry Gana's bailing of Mohammed Yusuf following his November 2008's arrest by the Nigerian Police Force [NPF], also revealed that the political aspirations of a few Northern elites precipitated the attack by followers of Mohammed Yusuf. To this, the spoke person for the NPF, Emma Ojukwu told Ukpakareports.com that “the courts gave him bail not the police. We don't know why the courts keep giving him bail. I am not aware it was Jerry Gana that bailed him in his November 2008 arrest”.

One of the sources who is a Kano State indigene that reside in Jos noted that the political aspirations of the likes of the former president of Nigeria, Ibrahim B. Babangida and the Governors of Borno and Gombe State played the key role in sparking the attack. The Governor of Borno State, Gov. Sheriff, has the interest and intention to mount his wife as the next governor of Borno State while Babangida has the intention of mounting his son as the next governor of Niger State. The same is the case in Gombe State where Governor Goje intends to mount his son to the seat of Governor.

However other equally credible sources have pointed to the transverse as being the case. They indicated that northern minorities were in fact the ones sponsoring the Boko Haram group in the latest attack that spread across Northern Nigeria. In their take, the political heavy weights within the northern minority tapped on the leadership of Boko Haram to heat the polity in order to induce civil unrest within the northern region – under the cloak of a religious crisis. The idea was to undermine the Yar'dua administration in time for the 2011 elections.

Ukpakareports.com is not certain who may be the exact sponsors of the Boko Haram group but the financially rich lifestyle of Mohammed Yusuf points to the certainty of his group being sponsored by a financial heavy weight. This is as sources have reported that Yusuf takes in N500,000 daily while schooling his children in western countries outside Nigeria. In turn, speculations over the source of Yusuf's unexplained wealth have become abound. Our correspondent's attempt to reach the Economic and Financial Crimes Commission [EFCC] as to whether the Commission may have developed an interest in the unexplained wealth yielded no answer.