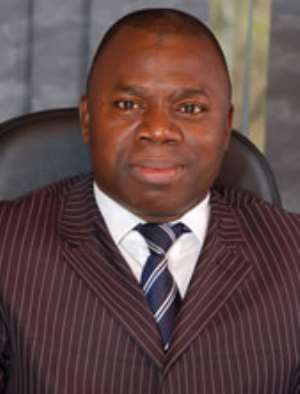 
The Managing Director of Stanbic Bank Ghana, Alhassan Andani, has called for the strengthening of key governmental ministries and agencies to be able to run the economy during transitions.

He said with functional bodies in place, slowdowns in the economy during transitions would be forestalled.

Speaking in an interview, Mr. Andani said during the last part of 2008, the ruling party then was concentrating on winning power and as such took its eyes off the economy.

He said after winning power, the new government had to spend time to go through what it had inherited and make a call on various individuals and bodies needed to build the economy.

According to Mr. Andani, this kind of arrangement definitely will bring government business to a near halt because boards of institutions were not functional, ministers were not in place and former ministers were busily working on securing power.

He said government controls more than 40% of GDP, and if government is not acting then obviously everyone suffers.

In the face of this, Mr. Andani said governmental institutions should be strengthened and given the necessary guidance so that when the politicians are busy securing their future, those institutions are able to take up government business and run smoothly.

Mr. Andani was however very optimistic that the economy will blossom. He said with boards and other institutions now in place, take-off should come anytime soon.

He urged people who are called to serve on boards to give of their best at all times and not to see it as a political appointment. “This way when there is a change of government or during the heat of politics, these people will act apolitical and be sensitive to the needs of the economy”, he said.

Mr. Andani was speaking at the back of his bank's recently launched global advertising campaign.

According to the bank, after working in Africa for the past 150 years, it is in a position to offer connections to prosperity, wealth creation and the general well-being on economies, corporate institutions and individuals.

Speaking on the new global advertising campaign, the Stanbic Bank MD said the group recognizes the changing times and as such needed to adjust to better serve the customers, stakeholders and others.

He disclosed “Making the Right Connections” is indicative of the changing seasons and this requires exceptional energy to deliver on promises and deliverables.

“We got this new DNA through a global-wide survey conducted among all Standard Bank Staff as such there is a sense of ownership on this. And if people feel they own something, they guard it with all the passion they could marshal”, he said.