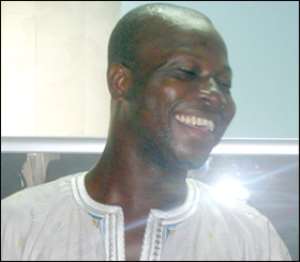 Disenchanted Ghanaians are expected to troop out in their numbers in the capital Accra tomorrow to register their displeasure over President Atta Mills' failed campaign promises, with allegations that the welfare of the Ghanaian has become worse off since the new administration took office.

The demonstration dubbed, “Atta a daa da mi” to wit, 'Atta (President Atta Mills) has deceived me', would be the very first major street protest against the new government that was voted to power on the wings of several juicy promises, that are still choruses on the lips of President Mills after ascending the Presidency eight months ago.

The protest march is being organized by the Alliance for Accountable Governance (AfAG), a socio-political pressure group that has been on the tails of government for the better part of the year.

Tomorrow's demonstration was originally scheduled to come off a couple of weeks ago but was halted by an Accra High Court after the Ghana Police Service complained that  the constitutionally mandated demonstration would among other things disturb the visit of US President Barrack Obama to Ghana.

Other reasons cited by the Police Service to halt the demonstration was that the Accra Metropolitan Assembly (AMA) was about to embark on a decongestion exercise and that the intended demonstration would affect the exercise.

Citing examples of failed electoral promises from the new government, the AfAG executive said while the President had promised to “drastically reduce” the price of fuel should his party be voted into office, there has rather been  further increases in the already high price of the product as the National Petroleum Authority engages in pricing irregularities.

AfAG, in noting further examples, explained that “the recent shortage of Petrol (super), diesel oil, Premix fuel, etc without clearly defined steps by Government to provide solutions but rather  involved in blame games, enormous propaganda and deliberate attacks on the integrity of especially fishermen (accusing them of smuggling the Premix fuel to nearby countries) is highly  untenable.”

The group alleged there had been profligate expenditures of an amount of 2.8 old Ghana cedis by the government transition team,  financial mess at the Youth and Sports Ministry (over 2 billion old Ghana cedis), and the spending of an alleged 10 billion (USD 1 million) cedis for the 24-hour visit of President Barrack  Obama to Ghana.

AfAG further cited the inability of Government to increase salaries beyond 17.5 percent and said the increment in wages was not realistic with regard to current macroeconomic conditions with inflation of near 21 percent.

The group described government's acceptance of an IMF loan facility with conditionalities such as the freezing of public sector employment for two years and full cost recovery at the tertiary level of education as “a clear demonstration of Government's insensitivity to the suffering of parents and a betrayal of the President's promise to create jobs for the people.”

On education, AfAG said the welfare of students is no more a priority to Government and alleged that starting next academic year, tertiary students would face a high increase in their residential facility user fees by 18 percent.

It added that “graduate students newly admitted to  the university of Ghana who earlier on were sent  admission letters to pay admission fees of GH¢300 on  reporting last week to campus are been told to ignore the first letter and pay GH¢3000 as Government henceforth will not pay  for the supervision fees.”