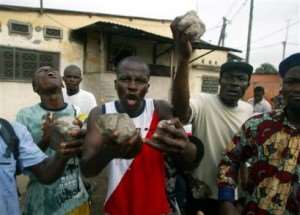 
Police in Bawku are investigating the sporadic gunshots which took place Wednesday at the outskirt of the town.

No one has yet been arrested in connection with the shootings.

The police however say, as part of steps towards arresting the culprits, they are appealing to the public to come forward with information likely to lead to the arrests.

Meanwhile, security personnel have increased patrols in the town to guarantee residents safety.

“We have security on the ground,” he said.
Conflict in Bawku has generated headlines in recent times with suggestions there is no clear end in sight.

Several people have been killed and property destroyed in the conflict between the Mamprusis and the Kussasis.

This led the Mills administration to renew curfew imposed on the town by the previous Kufuor government.

Election 2020: Only Uniform Personnel Will Be Deployed – Gha...
59 minutes ago