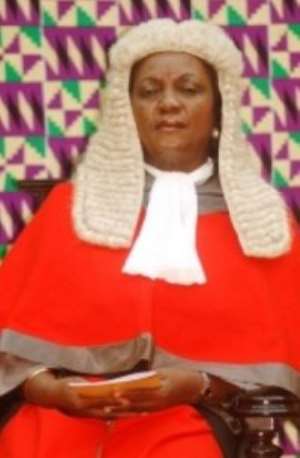 Mrs. Wood made the observation in a speech read on her behalf in Accra at a day's seminar for 42 Superior Court Judges on the worst forms of child labour and child trafficking.

The event was organized by Future Resource development, a non-governmental organisation (NGO), in collaboration with the Judicial Service and funded by the International Cocoa Initiative, Geneva.

The Executive director of the NGO, Mrs. Sylvia Hinson-Ekong urged government to enact comprehensive laws to protect children from all forms of abuse.

The Executive Director of the Geneva Initiative said the judiciary has a unique role in the prosecution of perpetrators of human trafficking to deter others.

Justice J. B. Akamba, who chaired the programme, urged judges to discharge their duties without fear of labour to eliminate child labour and child trafficking.