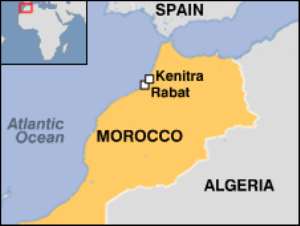 On June 12th, 2009, the same day that Iran had its contentious presidential elections, Moroccans also went out to polls to participate in local elections. In stark contrast, Morocco's elections were viewed to be both free and fair, and boasted a 15 percent increase in turnout from the 2007 parliamentary elections.

While much of the world's focus has not been on Morocco's new party and efforts for reform, the Authenticity and Modernity party (PAM) gained the most seats in local councils (3 percent more than the ruling Socialists). PAM's 'third way' message of promoting tradition and progress, business and social justice, and development and the environment energized a grassroots movement rarely seen in Moroccan politics.

PAM now has the potential to considerably guide and execute the large-scale and profoundly significant Moroccan decentralization initiative to enable local communities and provinces to have a greater say in their own affairs. The “roadmap” to decentralization, which describes the project's guiding framework, objectives, and actions, was announced by Morocco's King Mohammed VI on November 6, 2008--the 33rd anniversary of the Green March which saw 350,000 unarmed Moroccans cross into the Western Sahara to unite (or reunite) the region with the Kingdom.

The idea of decentralization in Morocco was first promoted in 1977 by the late King Hassan II. In 2007, the Kingdom proposed to the United Nations Security Council a solution to the Western Sahara--“autonomy within Moroccan sovereignty,” which necessarily involves significant transfer of authority from the central level. The proposal catalyzed today's new decentralization effort throughout Morocco with the Western Sahara.

The strategic implementation of the roadmap, including a funding level of 10 billion dollars over 10 years, can generate transformative socio-economic and environmental benefits for the entire population (36 plus million people). It can also establish ideal conditions to resolve the Western Saharan conflict by advancing the political, social, cultural, economic, and environmental fulfillment of the people there, especially those who have suffered most over the course of the international conflict.

The roadmap includes both “devolution” and “deconcentration” organizational arrangements, which are to be carried out by the “democratic, participatory method.” The participatory development method values local knowledge and engages entire communities in dialogue as they conduct their own investigation and analysis toward the creation of an action plan that reflects local development priorities.

The King's roadmap has developmental responsibilities (legal, financial, and operational) existing at the sub-national level (among local communities, civil and private groups, and local and regional government). A range of essential capabilities (to overcome constraints and realize opportunities) need to be built among these local groups through training, education, and experience. The roadmap intends to strike a balance between national and regional levels, with clear and recognized roles for each.

Civil organizations play a critical role in decentralized systems and sustaining local projects and are part of partnerships at and between the micro and macro levels of society. Decentralization can then actually strengthen national solidarity in Morocco due to the web of new participatory-based partnerships that are created. Local communities generally seek to maintain these kinds of partnerships because they help satisfy their human needs and better enable people to shape the institutions that govern them.

The roadmap is flexible enough so that the system of decentralization can appropriately grow out of the processes of each village and neighborhood implementing development projects (such as, in rural areas, clean water, fruit tree agriculture, and irrigation). Successful local development is often replicated by neighboring communities who may embark on a process of their own and work with others to pursue shared goals. This is generally how scaling-up occurs, and new and reformed policies take shape.

Decentralized development in this form could demonstrate to the 400,000 people in the Western Sahara a relationship with the Kingdom that furthers their self-determined local and regional human development goals. This is how decentralization could be a path of common interest.

To advance decentralization, centers at universities (Western Sahara needs its first university) ought to be created that train facilitators of participatory methods. The methods are interactive, information-gathering activities that help local people evaluate their conditions and plan priority projects. Facilitators of planning activities can be extension workers from ministries (such as from agriculture and health), local and regional politicians, teachers, students, from civil organizations, retirees, and citizens.

The new training center at Hassan II University in Mohammedia, for example, which is in partnership with the High Atlas Foundation, is planning training programs with presidents of communes and national park technicians who are then able to more effectively assist development initiatives in the areas they work. These professional positions and others interface with local communities and they could therefore organize and facilitate participatory community planning meetings to advance decentralized development.

In order to assist decentralization, Morocco's Ministry of Interior (which is in charge of internal security) ought to develop its role as a provider of information to advance development. For example, it could help build institutional partnerships by making available online relevant information related to the tens of thousands of Moroccan civil society organizations. The functions of traditional provincial and local Interior officials should also be reformed so that they are active contributors to development and trust is built. For example, it might be helpful if the positions of "Kaid," "Sheikh," and "Moqadam" were made directly accountable to presidents of communes.

Finally, a new decentralization project office within the Royal Cabinet would help build innovative partnerships between government, civil, and private institutions, and influence against the centralized tendencies of government. PAM, being a new party and with its concentration of power at the local level, is probably pre-disposed to work against rigid centralized control of development.

Creating regionalization by way of implementing locally determined and controlled projects that benefit in important ways every person in a rural area will cost approximately 4 billion dollars. This figure is projected from project experience since the mid-1990s in the Rural Commune of Toubkal (Province of Taroudant) with a population of 10,000 people. Project costs are kept low because they use local materials and know-how, and labor is often contributed in-kind.

Therefore, the cost of this approach to decentralization in all rural and urban areas, with more heavy funding for projects in the Western Sahara, as the King of Morocco proposed, would likely be in the range of 10 billion dollars over 10 years. Morocco's bold initiative is worth the investment, considering the enormous human development that would ensue, the most probable end to the decades-long Western Saharan conflict, and with that, greater constructive relationships among North African nations.