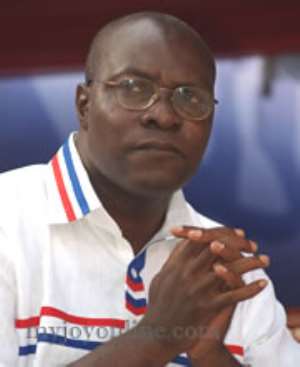 On Saturday, July 11th, US President Barack Obama, the man described by talk-show hostess Oprah Winfrey as “the-one” addressed Africa from Accra. As usual, his delivery was excellent.

Think for a moment about the howls of protest that would have greeted this speech if it had been delivered by President Bush or Clinton!

He invoked his African ancestry and referred to the generations of his father and grandfather. And he told Africa some uncomfortable truths --- as well as untruths.

He said correctly that our destiny is in our own hands and that our continent had promise. As one who has called this new century possibly “the first African century” myself, I am in accord with his hopes for Africa.

Before getting to the key idea he laid on the table, it is worth pointing out that he did not take enough responsibility for America and the West's role in Africa's underdevelopment. Indeed, many of the strong men who took Africa down the path of under-development did so in full partnership with the West.

Just think of some of them for a minute—General Mobutu of Zaire, President Eyadema of Togo , President Moi of Kenya, President Banda of Malawi, Emperor Bokassa of Central African Republic, Generals Babangida and Abacha of Nigeria, President Bongo of Gabon, Ft. Lt. Rawlings of Ghana, President Botha of South Africa and President Doe of Liberia. America and the West supported all these tyrants in the name of geopolitics during the cold war. Even while they brutally suppressed their people, they made occasionally pilgrimages to Washington, to be hailed by President Obama's predecessors as wise and visionary leaders.

Given President Obama's penchant for apologies, one to the land of his ancestors would have been in order.

Talking about our promise, the US President said “To realise that promise, we must recognize a fundamental truth that you have given life to in Ghana: development depends upon good governance”.

Elsewhere, the US President, in what has come to characterize his message to Africa, said “Make no mistake: history is on the side of these brave Africans and not with those who use coups or change constitutions to stay in power. Africa doesn't need strong men, it needs strong institutions.”

As an aside, in a report that is probably apocryphal, President Rawlings is reported to have turned to his wife when President Obama said this and said “ We did not stage coups. We launched revolutions that freed the masses!”

On the surface, it is difficult to disagree with the Presidents statement. On careful reflection, however, it raises a few questions:

All over the world, America is hailed for the strength of its institutions and its democracy but little attention is paid to the men who built those institutions.

It took some brave men who risked their lives and fortunes to found America. Men like Patrick Henry, Thomas Jefferson and George Washington.

It took the strong Presidency of Andrew Jackson to reign in the banks.

It took the strong President Abraham Lincoln to end slavery with the “Emancipation Proclamation” during the civil war.

It took the strong Presidency of Franklin Roosevelt to keep the World free from the threat of Nazism.

From America's own history, strong men have always been indispensable to strong institutions.

As French philosopher Monet put it succinctly “Nothing is possible without men but nothing can be lasting without institutions”.

Here in Africa, apart from the bad strong men who staged coups , had one-party governments and declared presidencies for life, there were other strong men.

Danquah was a strong man who stood up to the dictatorship of Nkrumah and died in prison so that his descendants would live free.

Nelson Mandela is a strong man who stood up to apartheid and spent decades in prison so that his country would have racial equality.

Odinga Odinga was a strong man who stood up for a Kenya that would be free and just.

Moshood Abiola was a strong man who stood for a free and democratic Nigeria and paid with his life.

As Africa moves forward, we need strong men-- good strong men who would build the strong institutions that we need.

While there have been good strong men throughout history, there have also been bad strong institutions.

When Patrick Henry said “give me liberty or give me death”, he was confronting one of the most powerful institutions on earth, the British Empire. It was not a good institution, to colonies like America and Ghana.

The oppression of the people of Eastern Europe was done with the help of some of the most powerful institutions in history: the Communist parties of the Soviet Union and Eastern Europe, the KGB and communist armies.

Perhaps, the strongest and most enduring institution in the history of modern Mexico was the Revolutionary party, PRI. Until the election of Vicente Fox in 2000, that institution had had a hammer-lock on Mexican politics for six decades.

Even though they are now kinder and gentler, in the last half century, no other institutions have shaped Africa more than the World Bank and the IMF. They have prescribed bitter economic medicine to government after government that has led to suffering and coups. They were and are, very powerful institutions. But were they helpful?

We need constitutional reform in Ghana, to give our Parliament more independence from the executive, to elect our DCE's and MCE's, and fund political parties.

We need a strong, transparent and independent judiciary that can stand up to our governments and bring justice to our people.

We need a strong and independent Parliament that will do real executive oversight.

All across Africa, we need strong institutions of accountability that will call our political leaders to account when they are chopping our money “nyafu-nyafu”.

Only strong men can build and maintain these institutions. No insecure or weak President can lead these reforms.

No sycophantic executives in the Serious Fraud Office can ever investigate fraud and follow the leads all the way to the Presidency, if necessary.

A Parliament whose membership is filled with sycophantic “yes-men” and women whose only answer to a President's demand to jump is “how high, sir” will never do effective executive oversight, regardless of what our constitution and our laws say.

We need strong institutions. But we need even more, good, strong men and women, filled with integrity and patriotism, to build these institutions, to nurture our spirits and to stand up for the highest ideals of our country and our continent.

As we move forward, we must be conscious that even the good strong men, being human, do bad things sometimes.

When Fiorella La Guardia, regarded without doubt as the greatest mayor of New York City, wanted to implement a policy that was good through illegal means, one of his friends wrote to him, a letter whose words should be required reading for all leaders.

“Mr. Mayor” he wrote “ good men in good times must not set bad examples for bad men in bad times”.

Yes, they must not. No amount of institutional safeguards can check the abuse of power without men prepared to assert institutional strictures and higher ideals.

Sometimes, the best ally for a nation is the conscience and sense of propriety of the occupants of its critical offices. As Richard Nixon once said perceptively, “Sometimes, we must save the Presidency from the President”.

For example, in Ghana, will a stronger Bureau of National Investigation be better for our development?

Will a stronger Armed Forces be better for our development?

Will a BNI that is more powerful be better for the strengthening of the rule of law? I think not.

Finally, strong institutions do not just exist on paper. They are living, breathing institutions, always striving to get better and to be more in tune with our nation's aspirations.

Let us hope that consistent with the words of President Obama, America and the West will not sacrifice Africa to their interest in the new competition for influence in Africa with China that is underway or in the service of the war on terrorism. As Henry Kissinger once said, quoting a British Prime Minister, “America does not have permanent friends, it has permanent interests”. I fear that this President or his sucessors, as the war on terror heats up and the struggle with China heats up, for energy and influence, will abandon the yearnings of African peoples and focus on the permanent interests of the West.

Let us move forward, together, united in the belief that we need many strong institutions but also, many, many strong men and women, to maintain the strength of these institutions.

Election 2020: Only Uniform Personnel Will Be Deployed – Gha...
2 hours ago