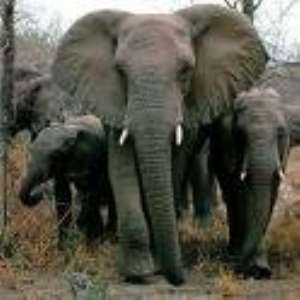 The Head of Species and Conservation Management at the Kenya Wildlife Service, Patrick Omondi ,said poachers venture into the country's national parks and kill elephants for their tusks.  He said Game Wardens fight back to protect the herds, but added that fighting back alone is not enough.  It has been 20 years now since the International community banned the sale of Ivory to protect endangered animals