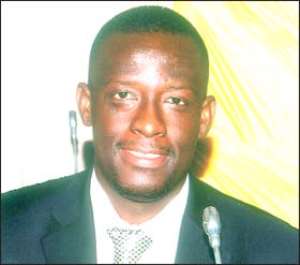 THE MEMBER of Parliament for Takoradi, Kwabena Okyere Darko-Mensah has called on government to initiate new pragmatic policies and execute existing ones to give a lasting life line to Ghanaian youth.

He has challenged the National Democratic Congress (NDC) administration to build on the National Youth Employment Programme (NYEP) initiated by the previous government to give a secure future to the young.

Hon. Darko-Mensah's call is coming in the wake of agitations by Ghanaian youth asking government to implement the National Youth Policy, which according to them will spell out a clear vision on how they could be appreciated and empowered to contribute to the country's growth.

“The youth of Ghana want to be appreciated, encouraged to be productive and assigned key roles in national development.

If the youth make 60 percent of the population then our ability as a nation to move the country forward is to tackle the issues of the youth”, Hon. Darko-Mensah pointed out in a statement.

He said the most important challenge confronting the Ghanaian youth is unemployment, which he noted received a lot of attention under the previous regime.

“Indeed the previous government under President Kufuor should be commended for initiating the National Youth Employment Programme which has been acknowledged by the Trades Union Congress (TUC) as one of the major employment interventions by a Ghanaian government in living memory”, Hon. Darko-Mensah recalled.

According to him, President Mills' State of the Nation address and the budget seem to have no plans of expanding the NYEP except to mention it in passing.

He said the obvious solution to the country's youth unemployment problem is to encourage the youth to set up their own businesses using acquired skills and knowledge, noting however that capital remains a challenge and where it is available it is small and tends to erode with rising inflation.

He therefore called for the reactivation of the National Youth Fund, which should be decentralized and disbursed equally amongst the districts of Ghana without central government's bureaucratic control or organizational encumbrances attached.

Hon. Darko-Mensah also touched on other national issues, including ways of improving the quality of education, support for the private sector and the use of the expected oil revenue which if given priority attention would move the country forward.

He suggested the inclusion of education in the country's foreign trade or tourism policies as a means of raising revenue to finance education, especially for teacher motivation and facility upgrading.

He called also for a well-managed national apprenticeship scheme that should set equal, proper and quality standards for all youth vocations for the growth and development of the country, as according to him, about 70 per cent of Ghanaians are engaged in informal sector employment as a major source of social livelihood.

On the country's emerging oil and gas industry, Hon. Darko-Mensah saidas a way of strengthening the capacity of Ghanaians, local consultants should be included in all consulting processes.

He pointed out that the discovery of oil will be meaningless to the unemployed masses if it is linked to down stream operations like oil refineries, fertilizer production and other petrochemical industrial.