Ghana to be among top 50 oil producers 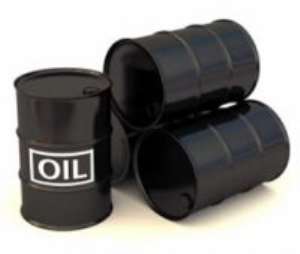 Tullow Oil says Ghana will become one of the world's top 50 oil producers when the country starts commercial production of oil in June 2010.

The Chief Excutive Officer of Tullow Oil, Aidan Heavey told the Bloomberg news service in a telephone interview that “Ghana will move pretty quickly into the top 50 producers in the world.”

He made the remarks following the formal approval of the Jubilee Phase 1 Development Plan and Unitisation Agreement on behalf of the Government of Ghana by Ghana's Energy Minister, Dr. Oteng Adjei.

Work on the FPSO and subsea facilities was initiated in July 2008 and is on track to deliver first oil in the second half of 2010, it added.

The Unitisation Agreement has determined the partners' initial equity interests in the Jubilee field and provides for modification of these interests as further field data becomes available.

“All the negotiations were both about the actual development and the gas development plan.  The key part of that document is utilization of the gas. Ghana has a huge gas demand itself,” Heavey said. “They will use all the gas we can deliver from Phase 1 for power generation and local use in the country.”

“Ghana has a huge gas demand itself,” Heavey said. “They will use all the gas we can deliver from Phase 1 for power generation and local use in the country.”

Oil was discovered in Ghana in commercial quantities in June 2007. The Jubilee oil field has potential resources of as much as 1.8 billion barrels, according to Tullow.

It has 17 wells and it is said to be the largest to be discovered in West Africa in the last 10 to 15 years.