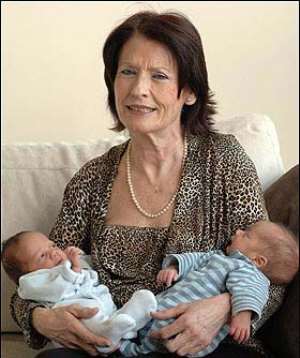 A Spanish woman who became the world's oldest new mother when she gave birth in 2006 to twin boys at the age of 66 has died, her family has said.

It said she had been diagnosed with cancer shortly after giving birth.

In 2007, Ms Bousada de Lara said she had lied about her age to doctors at a fertility clinic in California to get IVF treatment, telling them she was 55.

Ms Bousada de Lara argued that there was no reason to believe she would not have as long a life as her mother, who died at the age of 101. She even joked that she might live to see her grandchildren.

She also insisted that if she died prematurely her sons Christian and Pau, who are now two years old, would never be alone.

"There are lots of young people in our family," she added.