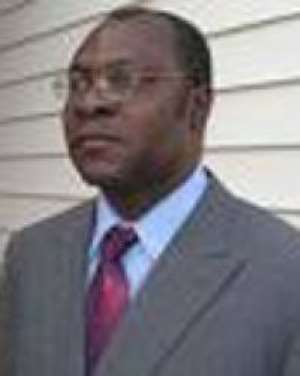 While amongst the general public this may not be a very familiar saying, healthcare personnel know this almost by instinct. When a patient's heart stops beating, the brain does not get oxygen. Such a patient must get help within minutes or be harmed seriously. Within five to seven minutes, if the brain does not get oxygen, at best, even if the patient is revived, he is very likely to become a “vegetable”, with a beating heart but a non-functioning brain. To that patient, time is indeed, life.

In the provision of care to pregnant patients, time is frequently of utmost essence. If in the course of labour, there is obstruction and the Doctor or other health professional attending the patient delays in getting or providing emergency care for the patient, things can quickly deteriorate for the mother and her unborn baby. While the importance of time in labour is easily appreciated, there are other situations where the danger may not be as obvious. I recall many such examples but let me use an American example to underline how universal these issues are. I once worked with a thirty-six year-old black American lady who had never been pregnant. She was extremely beautiful and big, very big. She had given up hope of ever having a baby when she went to see her doctor with a routine complaint and found out, to her joyous surprise, that she was pregnant. In addition to the fibroids that probably had been responsible for her difficulty with conceiving earlier, she also developed high blood pressure during the pregnancy. Most doctors with a 36 year-old woman pregnant for the first time, extremely overweight , with fibroid and with high blood pressure would have guided the pregnancy to about 37 weeks and performed or caused to be performed a caesarean section. However, her much respected physician chose to guide the pregnancy to term and to attempt a vaginal delivery. She went into labour at 38 weeks. In the process, the child died and the woman lost her uterus. The delay in performing a caesarean section probably cost the woman her baby's life and ended her chances of ever having a baby. The delay in making certain decisions or providing certain care was crucial to the lives at stake—time was life. Just last week, in a medical journal, there was a report of a lawsuit involving a primary care physician. The physician had ordered a chest x-ray of the patient and the official report had indicated that there was a growth or in our terminology, a mass. Unfortunately, the report was filed by the physician's assistant before the physician could review it. Sometime later, the patient was diagnosed with lung cancer. After his death, his family sued, claiming that timely discovery of the growth by the physician could have prolonged the patient's life. They won because—time is life.

Of course, it is not only healthcare professionals whose waste of time or delays cost us lives.

As patients, each one of us can potentially reduce our lifespan by our actions. When a pregnant woman delays in seeking care, she could harm herself and her unborn child. Time is life.

When patients with high blood pressure do not seek care, they increase their chances of having strokes and heart attacks. When people who have diabetes delay in seeking care, they increase the chances of having heart attacks, strokes, infections, impotence   and other complications that shorten their lives. Those delays do not only cost money—they cost lives.

While the relationships between time and life are quite obvious to   medical professionals, it occurs frequently in other areas. When a driver on the Accra-Kumasi road, anxious to make up lost time tries to overtake another vehicle inappropriately and collides   into another vehicle--- causing death, of himself and/or   others, time becomes life.

While these cases are errors that affect us as individuals, our governments disregard for time costs us both money and lives, on a bigger scale.

When there are delays in hiring health professionals in a system which has over 30% vacancy rate, people are denied necessary care and may die. In such cases, time is definitely, life.

When the ambulance carrying referred patients   to specialists is delayed because they are looking for loans to buy fuel, that delay may cost lives. Time then becomes life.

When hospital generators that break down go unfixed for months or years,   that may cost lives. The time of the delay then, becomes, life.

When garbage is left in our streets for months and months, it can cause disease and death. That time of delay becomes to those fall sick and die, life.

Even delays in the construction of highways, like the Accra-Kumasi road, can lead to accidents and a loss of lives. Over the last few months, a few articulators have fallen on taxis and tons of dust has been kicked up into the air to cause disease.

These examples are only the tip of the ice-berg. From one end of our country to the other, across the years, our general indifference to time has done our nation incalculable harm.

A few weeks ago, after buying tickets for my children for travel to the United States, I discovered that I needed to renew their travel documents. With time running out, the very professional staff there worked with me to get them emergency travel documents so that they could travel as scheduled. I do not know if the situation was reversed and someone who is not a Ghanaian approached our embassy with such a problem, they would get the same level of assistance that I got routinely. I hope so.

A few years ago, one of our multinationals booked an appointment to discuss a program they had designed and were ready to implement at their own expense to benefit Ghanaians, with one of our Ministers. After having their meetings rescheduled on three occasions in the waiting room of a Minister, the company gave up and cancelled the program. This program would certainly had helped Ghanaians and maybe even saved a few lives.

How can we improve our collective respect for time?

First, we need to reform our institutions and the rules by which they operate.

I do not understand why American and Canadian officials can tell an applicant how many working days it takes to process a passport and deliver it, most of the time consistent with the guidelines while a Ghanaian official cannot tell an applicant the same thing and deliver. I am not by this insisting that a Ghanaian passport must be processed in the same time as an American passport. I am just asking that there should be some predictability.

Second, we need institutional accountability. We must assert that it is unacceptable for our nation to pay people to recruit physicians and nurses every month while month after month, qualified people cannot be processed to work even while patients are dying because there are no doctors and nurses. I remember reading in the papers that a patient who was rushed to one of our polytechnics in Accra had died because there was no doctor. These delays in recruitment and the performance of basic functions are present in places as widespread as the police and the Universities.

Third, as a nation, we need to insist on better service and more respect for our time. I hope that one of these days, we will have a radio or television station has a program discussing services by government agencies.

Fourth, as individuals, we must do better about respecting time, both our own and that of others. When we do so, our lives will improve.

While we must all do our parts, let our leaders lead the way. It sure will be nice to see Ministers, Parliamentarians and even the President show up on time and leave after a full day's work.

Let us make our nation better, not just for the powerful but for all our people.

Let us remember that time is not just money but life.