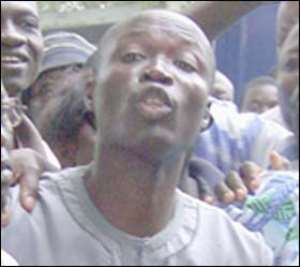 The International Olympic Committee (IOC) has bared its teeth at the government of the National Democratic Congress (NDC) for the glaring political interference in the country's sports.

DAILY GUIDE gathered that the apparent interference of the ruling party in sporting disciplines such as athletics, boxing, handball and swimming, attracted the ire of the IOC and Associations of National Olympic Committees of Africa (ANOCA), with both bodies warning to apply sanctions if the situation persists.

Subsequently, members of the government who were recently 'planted' into various positions in Ghana's 32 sporting disciplines have been thrown out by the international body.

It would be recalled that with a day to the Ghana Olympic Committee (GOC) congress in Accra, the chairmen of almost of all the national sports associations were sacked and replaced with identified NDC members such as Nii Lante Vanderpuiye, Ken Dzirasah, Dr. Deborah Cubajee and Tackie Commey, NDC MP for Odododiodio. What drew suspicion was the secrecy with which the exercise was undertaken.

Sports gurus like B.T. Baba, Moses Foh-Amoaning and Sandy Osei-Agyemang, chairmen of National Handball, Boxing, and Athletics associations respectively, were given the boot.

But the two international bodies, IOC and ANOCA, have ordered the restoration of the status quo to avert possible sanctions being applied on the country.

With this directive, all those appointed by the government as chairmen, general secretaries and members of the various sports associations have all been thrown out, as the IOC and ANOCA have asked each of the 32 national associations to hold their congresses to elect the executives: And until that is done, the old executives who were booted out still remain at post.

The action was a subject of discussion during the General Assembly of ANOCA and IOC in Abuja from the 6th -7th July 2009.

A correspondence dated 10th July 2009, and fired from the headquarters of the IOC in Lausanne, Switzerland, headed, “Situation of the Ghana Olympic Committee” and jointly signed by Pere Miro, IOC NOC Relations Director and Palenfo, ANOCA President, to Mr. Benson T. Baba, President of the GOC, target of the abortive coup, asked Baba to ignore Nii Lante Vanderpuiye, Prof Dodoo and others and stay at post as GOC boss.

In what the IOC said was a common position on the Ghanaian situation by both bodies, IOC and ANOCA have thrown out the outcome of the General Assembly of the GOC held on 30th June 2009.

“The IOC and ANOCA do not recognize any outcomes or 'elections' resulting from this meeting and reaffirm their full support to the current and legitimate NOC (National Olympic Committee) officer bearers as it was before this meeting with yourself, Mr. Benson T. Baba as the legitimate President of the Ghana Olympic Committee,” the correspondence affirmed.

The two bodies expressed regret at what they consider as attempts at destabilizing the GOC and in particular “these external interferences which prevented the regular GOC election process from being completed.”

Until what the international sporting bodies describe as a democratic election process is undertaken under the leadership of the GOC, “the IOC and ANOCA will continue to recognize yourself as the legitimate GOC President.”

A new date would be announced in due course, DAILY GUIDE has learnt, for fresh elections to be held by the GOC and the international sporting bodies await this, according to the correspondence.

The IOC advised that internal operations, decision-making mechanisms, holding of meetings, election arrangements and others come under the exclusive responsibility of the GOC devoid of any external pressure or interference.

An aspect of the Olympic Charter on political interference in its local operations in individual countries runs thus: “Apart from the measures provided in the case of infringement of the Olympic Charter, the IOC Executive Board may take any appropriate decisions for the protection of the Olympic Movement in the country of an NOC, including suspension of or withdrawal of recognition from such NOC if the constitution, law or other regulations in force in the country concerned, or any act by any governmental or other body causes the activity of the NOC or the making or expression of its will to be hampered.”

Sources close to the Ghana Olympic Committee suggest that there has been intensified political interference from persons in the corridors of power, a development which threatens Ghana's status in this prestigious international sporting body.

Meanwhile, Mr. B.T. Baba, the legitimate GOC boss, has been appointed a Vice President of the Association of National Olympic Committees of Africa (ANOCA) at its congress in Abuja from the 6th to 7th July 2009.