AFRIQIYAH AIRLINES. THE WORST AIRLINE IN THE WORLD. 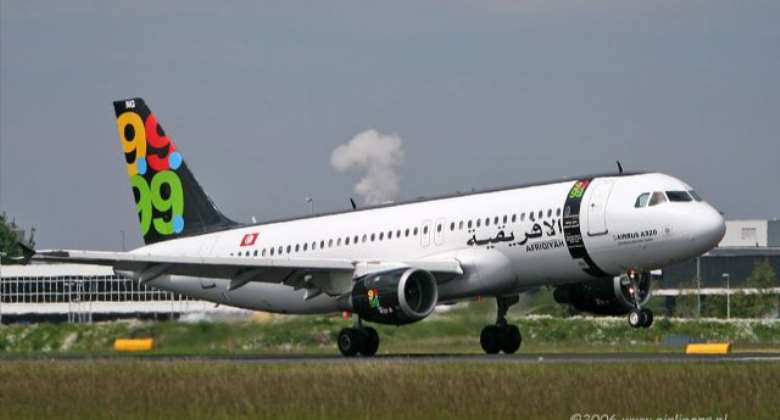 Good day dear reader. For those of us who happen to find ourselves in the diaspora, particularly in the northern hemisphere, summer is here again. This is widely considered as the holiday season. For some of us (those in the teaching profession) this is the most opportune time to travel back to the motherland as it allows us enough time with our kin and pals as well as some time to unwind from the hustle and bustle that so plagues us in these British Isles. Having taken a break from publishing on this network, mainly because of the excessive buffoonery that dominates the commentary sections that trail articles, I have found it an imperative to presage the long suffering Ghanaian traveller to beware of some of the airlines that ply the London-Accra route. One in particular, the national airline of the so-called Great Socialist People's Libyan Arab Jamahiriya, known as Afriqiyah Airlines can be confidently labelled by this writer as the worst airline in the world!

Finally the connecting flight arrived and I squeezed into my seat waiting eagerly to jet out of this horrible place. As the plan lifted off I looked down through the window at Tripoli Airport which was by now fading into obscurity below us and thanked God almighty for delivering me from this most inhospitable airport I had ever been in my life. We touched down at Kotoka to my great relief. As I shuffled from the plane I glared at the pilot and the attendant who had by now lined up near the exit and were bidding us farewell. I felt like spitting into their faces!

Soon enough my ordeal with Afriqiyah was quickly fading from my mind and the excitement at having returned home was starting to mount. After going through immigration I quickly run to the carousel to pick up my baggage. By this time a curious queue was forming to the left side of the arrival hall. Some random passenger declared that the airline had announced that most of the bags had not arrived and that all passengers who had not received their baggage needed to put their names and phone numbers on a list being compiled by an airport attendant. That was it! At this juncture the myriad of emotions that were jetting through my mind were beyond words. Surely if there was a day that I could kill somebody this was it! I looked around desperately for anybody in Afriqiyah uniform that I could accost and strangle. There was none! As I looked around some other passengers had squeezed in front of me in the queue. By this time I was so angry that I felt drowsy. Tears started welling up in my eyes. And then a sudden wave of tiredness swept over me. I felt faint! I needed to sit down. After sitting for about 20 minutes I joined the queue again. After about 30 minutes it was now my turn to put my contact details down. At the desk was a sleepy attendant who was clearly near the end of her shift and was itching to go home. I couldn't help noticing the thick wad of bubble gum that was keeping her mouth busy. As she wrote down my details her mobile phone began blaring out some hip life music. Without hesitation she casually sputtered a hasty “excuuuuuuse me” and then picked up the phone and started to chinwag all the while with the bubble gum in her mouth albeit now being chewed in what seemed like slow motion. I felt like strangling her! My eyes strayed and wandered all over this lass sitting in front of me from the careless smirk plastered mischievously over her face right down to her feet which was tucked away behind the counter. Her shoes were off. 'Jesus Christ', I grouched under my breath, 'when are Africans ever going to change'? She eventually got my name down on the list and after which I hastily disappeared into the night life of Accra. We were told to report at the airport in the next three days to collect our baggage. Upon arrival on the said day I was told to go into the back office to see if my baggage had arrived. Apparently Afriqiyah had been bringing the baggage in batches. To my great dismay my bags hadn't arrived. I was told to come back in 5 days. I hoped against hope and strutted into the airport after five days only to be told that just one of my bags had arrived. The other, I was told, would arrive in the next couple of days. By now I had numbed to the inconsistencies and the concatenation of lies that this horrible airline was so fond of conjuring. Thankfully my bag eventually arrived by which time a week and a half had elapsed. A chum of mine who was visiting Ghana for just 12 days received his baggage just a day before he flew back to the UK. A shame indeed!

Appreciatively my father's funeral went well and I managed to have a good holiday after that before I returned to the UK. As I and other diasporic Ghanaians prepare to travel to the motherland this year, I feel an urgent need to warn all and sundry to DO EVERYTHING IN YOUR POWER TO AVOID AFRIQIYAH AIRLINES for it is indeed the worse airline in the world.

Bernard Asher is a Lecturer of Business Management & Economics @ Guildford. Surrey and an Associate Tutor with the University of Reading, England, UK. Email: [email protected]