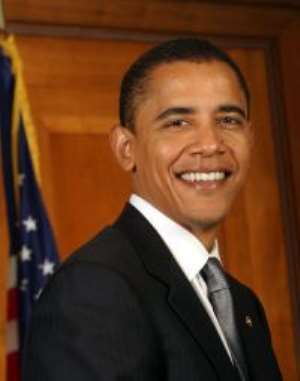 (New York, July 8, 2009) – United States President Barack Obama should use his visit to Ghana on July 10 and 11, 2009 to encourage its new president, John Atta Mills, to take a leadership position in Africa on issues of democracy and justice, Human Rights Watch said today.

Atta Mills of the National Democratic Congress took office in January 2009 in a peaceful transition after defeating Nana Akufo-Addo, the candidate of the then-ruling New Patriotic Party in a presidential election. According to the US administration, Obama chose Ghana for his first official visit as president to a sub-Saharan African country to show the US government's support for countries that respect the basic rights of citizens to freely choose their representatives and hold them accountable.

“Ghana's progress on human rights is commendable, but it will have little meaning if left as an isolated example,” said Georgette Gagnon, Africa director at Human Rights Watch. “President Obama should encourage Ghana to promote abroad what it practices at home.”

In contrast with recent elections in Nigeria, Ethiopia, Rwanda, and Angola, Ghana's were relatively free and fair, and benefitted from independent monitoring and management. Unlike recent elections in Kenya and Zimbabwe, the ruling New Patriotic Party accepted the verdict of the people and conceded defeat.

Obama should also use the visit to stress the importance of criminal prosecutions of those responsible for genocide, war crimes, and crimes against humanity, Human Rights Watch said. Serious crimes in violation of international law continue to be committed on the African continent – including in Sudan, Uganda, and the Democratic Republic of Congo. Obama should state publicly that bringing those who commit the gravest crimes to justice is vital for victims and to achieving sustainable peace.

“President Obama will have a chance in Ghana to show his support for a country that is doing things right and to encourage President Atta Mills to provide strong leadership on issues of democracy and human rights,” Gagnon said. “In particular, Obama should make clear the importance his administration attaches to justice for victims of atrocities.”

At the recent African Union summit that took place in Sirte, Libya, the AU decided that its members should withhold cooperation with the International Criminal Court (ICC) in the arrest and surrender of Sudan's President Omar al-Bashir because the UN Security Council has not deferred his case before the ICC. The UN Security Council referred the situation in Darfur to the ICC in 2005 and the ICC issued an arrest warrant for al-Bashir for crimes against humanity and war crimes in March 2009. Obama should encourage Ghana's new president to reaffirm his country's clear commitment to justice for the most serious crimes, including through cooperation with the ICC, to which Ghana is a state party.

In the wider context, Ghana should be using its seat on the UN Human Rights Council in Geneva to strengthen global human rights mechanisms, Human Rights Watch said. Atta Mills should explain why his government voted in May 2009 to prevent an international investigation of war crimes by all parties to the conflict in Sri Lanka.

Obama's visit also allows the new Ghanaian government to make clear its commitment to genuinely free, fair, and transparent elections in West Africa – Cote d'Ivoire, Guinea, and Mauritania all go to the polls in the coming months.