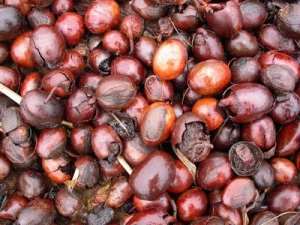 Ghana and Brazil have signed a seven- million- dollar agreement for the establishment of a sheanut processing plant at Buipe in the Northern Region.

The facility, which would start operations in August, would be the first of the three plants to be established under the Savannah Accelerated Development Authority.

This was the outcome of a six-day visit to Brazil by a six-man delegation, led by Mr Mike Obuobi, a senior aide to the Vice President.

Mr Oboubi told the Ghana News Agency in Accra on Tuesday that the plant would cost $6.5 million while civil works would attract $500,000.

The agreement was between Ghana Cocoa Board (COCOBOB), Saka Worldwide Trading Limited, a Ghanaian company, and Sysgate Brazil Limited to purchase and process 40,000 tons of sheanut.

According to Mr Obuobi, the plant would directly employ 50 workers while more than 5,000 others would be engaged to prune the trees, pick and transfer the nuts to the processing plant.

Mr Obuobi said Curotibah, a company in Brazil, would buy about 5,000 tons of the processed sheanut, while many other companies had expressed interest in the processed product.