African Union warns it will not allow 'genocide' in Burundi 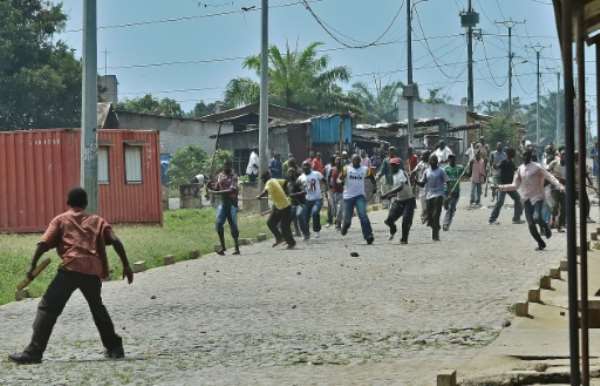 Addis Ababa (AFP) - The African Union said Thursday it would not allow genocide to take place in Burundi as the UN ordered a probe into widespread abuses and warned of looming civil war.

"Africa will not allow another genocide to take place on its soil," the AU's Peace and Security Council (PSC) said on Twitter as its members discussed the crisis in Burundi, adding there was "an urgent need for action to stop the killings."

The message came amid growing global pleas to end violence in Burundi that has left more than 400 people dead since April, with increasingly virulent hate speech sparking fears the country could experience Rwanda-style atrocities.

Burundi descended into bloodshed in April when President Pierre Nkurunziza announced his intention to run for a controversial third term, which he went on to win in July.

AU rights investigators this week returned from a fact-finding mission to Burundi expressing "great concern" after witnessing some of the heaviest fighting in the troubled country for months.

The AU team said they had reports of "arbitrary killings and targeted assassinations" as well as arrests, detentions and torture.

Their concerns have been widely echoed.

UN Secretary-General Ban Ki-moon warned this week that Burundi was on "the brink of a civil war that risks engulfing the entire region," and said he was dispatching an envoy to push for urgent talks to end the crisis.

UN rights chief Zeid warned that the country of around 11 million, which has seen more than 220,000 flee the violence, was "on the very cusp of civil war".

He insisted that "the situation needs urgent, concerted, decisive attention from the international community," stressing that "the involvement of the International Criminal Court in this regard would be of great importance."

Adama Dieng, a UN adviser for the prevention of genocide, meanwhile warned the council that Burundi "appears to be on the verge of a descent into violence that could escalate into atrocity crimes."

Elisa Nkerabirori, a representative of Burundi's human rights ministry, meanwhile slammed the warnings that "genocide" was looming in her country, telling the rights council this was a "deliberate tactic" used by foreign interest to put pressure on the government and support "the radical opposition".

She insisted the resolution was "very unbalanced" and "deliberately disguises the root causes" of Burundi's crisis.

Human rights defender Pierre-Claver Mbonimpa, who was wounded in an assassination attempt in August and whose son and son-in-law have been murdered since, disagreed.

"The population of Burundi has since May 2015 been living in fear," he told the council, his voice a low raspy whisper due to the injury he sustained when he was shot in the neck.

"Extrajudicial executions take place every day, and every day, innocent victims die," he said, stressing the need for an urgent international inquiry.

Last Friday saw the country's worst violence in months, with the government saying 87 people were killed in a single day.

Zeid however stressed that other sources said the death toll was "considerably higher," and alleged that a number of young men had been pulled from their homes and executed.

US ambassador Keith Harper, whose country tabled Thursday's resolution, voiced alarm that many had reportedly been "shot with their hands tied behind their backs."

Speaking to journalists, Harper hailed the council's decision to send an investigative team to Burundi, and thus help "defuse a human rights tragedy, one unfolding before our very eyes."

The upsurge in violence has raised fears of a return to civil war, a decade after the end of a 1993-2006 conflict between rebels from the Hutu majority and an army dominated by minority Tutsis, which left 300,000 people dead.