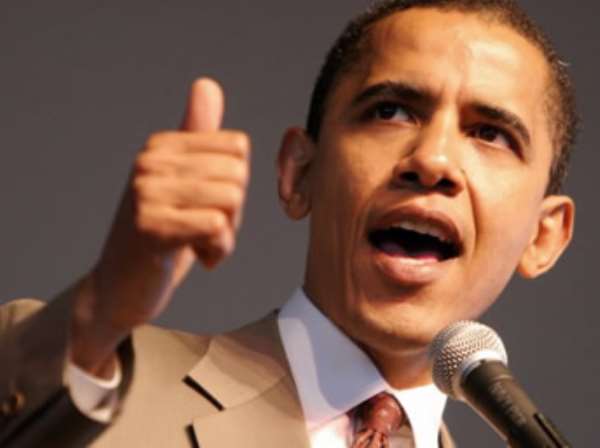 A section of the Ga-Adangme youth have expressed displeasure over what they say is government's exclusion of the Ga-mantse from the protocol arrangements ahead of the visit of US President Barack Obama.

The American president is set to arrive in Ghana on July 10, and is expected to pay a visit to historical sites in Cape Coast as part of his two-day itinerary.

But the group says Nii Tackie Tawiah III, the paramount chief of the Ga-Traditional area has not been duly informed on the role he is likely to play.

In an interview with Citi News Monday, spokesperson of the group, US-based Jones Lartey said the chief's exclusion is a deviation from the tenets of the country's culture.

According to him, the US president as custom demands must pay homage to the custodian of the Ga-land and expressed worry that protocol is not involving the Ga-mantse in the celebration of the visit.

He accused government of showing disrespect to the Ga community.

But government insists there is no plan to discriminate against any ethnic group.

Information Minister, Zita Okaikoi in an interview said invitations will be extended to all stakeholders in due time.

She cautioned against ethnic sentiments which she said might mar what would otherwise be an historic visit to Ghana by the US President.

She dismissed claims that President Obama will visit Asantehene on his trip to Ghana, adding, “he (Obama) has not gotten enough time.”

Zita Okaikoi explained that the visit to historical sites in Cape Coast was a personal choice made by President Obama.