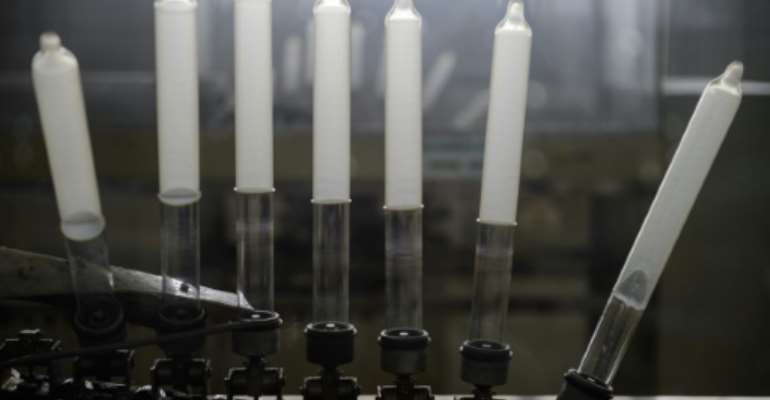 Ethiopia needs to toss out 69 mn condoms that were paid for by international donors because of their poor quality, local media report. By Yasuyoshi Chiba (AFP/File)

Addis Ababa (AFP) - Ethiopia needs to toss out 69 million condoms that were paid for by international donors to fight the spread of AIDS because of their poor quality, local media reported Thursday.

The disease-defeating contraceptives were found to be defective by the Pharmaceuticals Fund and Supply Agency (PFSA), a government body, according to a report on local station Radio Fana.

Agency director Meskele Lera said action was under way to force the condom supplier to, "reimburse the money and cover all costs in the discarding process."

The $2 million (1.8 million euros) worth of condoms were reportedly manufactured by an unnamed Indian company and paid for by the Global Fund to Fight AIDS, Tuberculosis and Malaria but failed basic tests.

Around 1.2 million Ethiopians have AIDS, according to World Health Organization figures, equivalent to a prevalence rate of 2.4 percent, with significantly higher concentrations in the capital Addis Ababa.