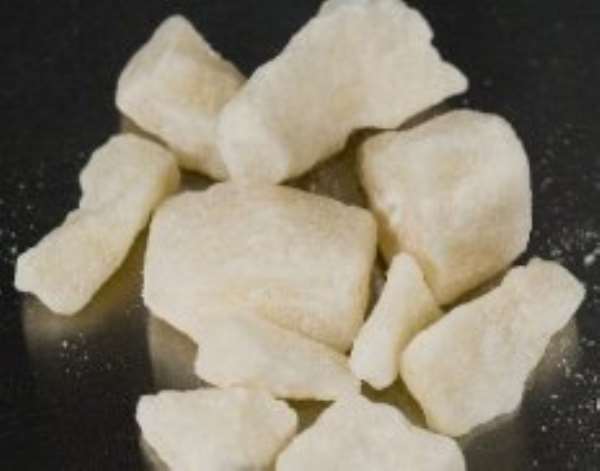 The Narcotics Control Board (NACOB) has requested assistance from its foreign counterparts to help in its investigations into the Tema Port cocaine case.

It is collaborating with its counterparts in the USA, the United Kingdom and United Nations drug agencies to figure out the circumstances that led to the importation of the cocaine into the country.

The prosecutor in the case, Mr Asiamah Sampong, a Principal State Attorney, who announced this, wanted the matter, which was scheduled for substantive hearing yesterday, to be adjourned by the Accra Fast Track High Court because of that.

However, the defence lawyers objected to the prayer and renewed their submissions for bail for their clients. The prosecution did not oppose the bail applications in respect of five of the six accused persons, except that of the importer, Augustina Abu.

Consequently, the court, presided over by Mr Justice C.J. Honyenuga, a Court of Appeal judge with additional responsibility as a High Court judge, adjourned the matter to this morning to consider the fate of the accused persons regarding the fresh bail applications.

Previous applications for bail had been refused by the court after an earlier court had granted them bail and latter discharged them.

All the six accused persons have pleaded not guilty to two counts of conspiracy to engage in criminal offence to import cocaine into the country without licence from the Minister of Health and importation of cocaine.

They are Augustina Abu, the importer; Yaw Atta Nkansah and Alfred Amedzi, the Director and the Deputy Director, respectively, of Seko Clearing Agency; Kennedy Osei and Simon Fafa, both clearing agents, and Frank Abbey, a driver.

Mr Sampong said NACOB was collaborating with its counterparts in the USA, the United Kingdom and United Nations drug agencies and, therefore, the prosecution had not received any information to warrant the hearing of the case.

“The short of it is that the investigations are still ongoing and so we ask for two weeks’ adjournment,” he prayed the court.

But Mr Addo Atuah, one of the lawyers for Augustina Abu, objected to the request for adjournment and argued that each time the case was called the prosecution made reference to NACOB, which was part of the prosecution team, noting that from all indications the prosecution was not ready to commence with the trial.

All the various adjournments, he noted, had been at the instance of the prosecution, to the neglect of the personal liberties of the accused persons whose trial was being delayed unreasonably.

Therefore, he renewed his bail application and explained that there was no way that the accused persons would interfere with investigations, since they turned themselves up when they heard of the news of the cocaine on radio.

Counsel for the other accused persons, namely, Mr Ben Sackey, Mr Agyeman Amofa, Mr R.V.C. Addai and Mr C.K. Hoei, associated themselves with the submission and prayed that their clients be admitted to bail in view of what had happened.

According to them, their clients had been charged with conspiracy, which was not one of the offences for which bail should be refused.
Following the fresh submission for bail, the prosecutor did not object to bail in respect of the five other accused persons, who he said should be given stiffer bail conditions so that they could not run away.

In respect of Augustina Abu, the prosecutor said he was opposed to bail being granted to her because it was on record that she allegedly imported the cocaine into the country.

The facts of the case are that on May 19, 2009, a vessel, MV Maersk Nolanville, docked at the Tema Port with many containers from Ecuador, Panama and Spain.

Among the containers was one with number MSKU 0118160 manifested to contain 1,880 cartons of chewing gum imported by Augustina Abu of Augustina Abu Enterprise.

The prosecution said personnel of the Joint Port Control Unit (JPCU), made up of officials of NACOB, CEPS, the BNI, the GPHA and the police, taped the container so that it could only be opened and examined in the presence of a JPCU officer.

On May 19, 2009, the said container was scanned about 3.30 p.m. and the image disclosed that it contained suspicious objects and during thorough examination, two carrier bags containing 61 slabs of a whitish substance suspected to be cocaine were found among the sachets of chewing gum.

A field test was conducted to confirm that the substance was cocaine and later the accused persons were arrested, together with a truck, with registration number GR 9041 A.