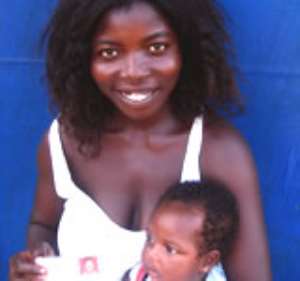 There is no gainsaying that the introduction of the National Health Insurance Scheme (NHIS) is a laudable life saving policy by the government of Ghana in the nation's effort to reconstruct itself and catch up with the advanced countries.

The scheme has come to stay as it is highly acclaimed by many Ghanaians for it has made healthcare delivery very accessible and affordable to many Ghanaians who hitherto could not have access to health care delivery primarily because of its inaccessibility and costs.

For this reason, the government and in fact, every Ghanaian must do every thing possible to ensure the scheme's sustenance. No one, including the government, must be allowed to toy with it since it will amount to toying with the lives of millions of Ghanaians and deconstructing the nation.

As a scheme that safe guards the most vulnerable –children, aged and pregnant women in society it gives the country a high index in our collective attempt of alleviating poverty. The scheme though very laudable is not without some bottlenecks-some very teething. It is that every Ghanaian in conjunction with the government and with clear conscience must commit himself to finding better ways of addressing them in order to make the scheme workable, comprehensive and sustainable to attract those who for such inadequacies do not want to join.

Aside this, members of the scheme are highly dissatisfied with the situation where when they are asked to make payment for “top up” the indemnity the scheme provides for certain drugs and services like x' ray and laboratory test. Though they have been made to believe that the scheme guarantees cost free access to health care delivery. The worse instance is when they are told at the pharmacies and dispensaries that their prescribed drugs are not covered by the scheme. Many of such patients are unable to buy the drugs and therefore go home discontented only to wait for the deterioration of their sickness or their death.

The effect of all this distortions is the refusal of non members of the scheme who though find the scheme useful, but fail to sign up. Also invalid members (those whose premium has expired) fail to renew their membership owing to the dissatisfaction of the inherent distortions of the scheme.

It is also an obvious fact that there are still many Ghanaians who are outside the scheme who though admit the usefulness of the scheme yet cannot pay for the basic premium. The same story can be told of some scheme members whose premium has expired. This has spawned impostors in the system. Impersonation here is defined as a situation where a valid member of the scheme goes to hospital under pretext of being sick and gives a history of sick relative or friend and collects drugs for the relative or friend.

This practice which is gaining notoriety among the students communities works perfectly in view of the fact that medical officers do not often ask for laboratory test before prescribing drugs perhaps, for want of time due to the stress demands on our doctors. Ghana has an abnormal doctor patient ratio!

Perhaps, it is in the light of these that the government proposes to introduce a “single premium” to help solve these problems. But it suffices to say that no matter how genuine the government intention may seem it would not be able to stand the test of time and may in the long run endanger the scheme and bring it to its knees and reintroduce the deadly “cash and carry” system.

In fairness to the proposed “single premium” I think the government is aiming at making Healthcare delivery “universally” accessible and affordable but it would still not make the scheme comprehensive and may end up worsening the already existing problems. The government must know that however attractive of the scheme would be by the package of single premium, it cannot entice every Ghanaians to join due to the dictates of the social stratification in which case those at the apex would still want to pay fully for their medical bills.

It is a public knowledge that at the moment more than half of the population have been enrolled by the scheme. I think those who are outside the scheme are mainly a section of the populace who for political reason decided not to join the scheme apart from those who sit at the top of the social ladder. There are also few Ghanaians who genuinely cannot afford the “affordable premium” even though it is indeed “affordable”

LEAP PROGRAMME AS GUIDE
What the government needs to do is to admonish those whose non-membership is due to their political orientation and are presumably sympathizers of the incumbent government to register to the scheme. Also, the government can set up a fund to cushion citizens who cannot genuinely afford the premium and create a front desk at the various officers of the NHIS to be manned by social workers. The LEAP programme can guide us to identify those who should access the fund.

It is believed strongly that the single premium if introduced cannot be sustained given the size and the growth rate of the population now. The government must be mindful of the fact that the size of the country's population at pre independence and in the sixties where medical care was greatly subsidized is non-comparable to what pertains now.

Many a concerned Ghanaians who have expressed anxieties about the new package and the are not misplaced because in all the countries where National Health Insurance operates, members do not pay a single premium even though there is always history of “the first to …”

The danger here is that with our renewed membership with the International Momentary Fund (IMF) the introduction of the proposed package can collapse the NHIS at any point in time if one day the Breton woods financiers ask us to remove the health subsidy. When this happens, it will be difficult for the government to reintroduce the multiple premium since it would be very difficult if not impossible to change the mind set of the people to accept the new order.

In fact, I would not like to believe that the government gesture of a “single premium” is a populist policy. However everything points to the fact the proposal if allowed to be implemented would fail woefully so the government must listen to the people for after all the policy aims at the good of the people and the voice of the people is that “No not this time.

According to the former chief executive of the NHIS Mr. Ras Boateng, it is possible to sustain the scheme under single premium because at present contributors to the scheme constitute only ten percent of the beneficiaries of the scheme.

This means contribution of members to the accrued revenue of the scheme is very small and that can be absorbed by government but from hind sight it would be advisable such revenue component is maintained.

The reason is that such component of revenue apart from expressing membership appreciation and commitment to the scheme can be used to provide at least some logistics to enhance the operations of the scheme.

ource of income the scheme is saddled with a lot of problems which all centre on money. So won't the situation deteriorate if that aspect of income is curtailed It is quizzed?

If, on the other hand, it is reviewed upward, it would deny many prospective scheme members access to the scheme since the upward review would make it unaffordable because even with the current premium which is considered fairly moderate many Ghanaians find it unaffordable.

The fear of uncertainty of government continual commitment to its financial obligation in the near future boggles the minds of many Ghanaians who are against the single premium concept. Their fear is anchored on the ground that Ghana economy is very fragile to support such a scheme.

And given the fact that the country depends to a very large extent on foreign donations in financing its budget deficit and noting with concern to the “conditional ties” that are often attached to such foreign donations especially removal of subsidies on social services, it is advisable the government look over its shoulders before embarking on any social policy that will have direct adverse effect on the economy.

What makes the proposed single premium more alarming is that the government has not been able to tell the nation how he plans to finance the scheme.

It should be cautioned here that government should not base its financial projections expected oil revenue given the fluctuations of oil prices and the insecurity that hang over oil producing communities.

However, to enhance efficiency of the scheme, what government must do is to endeavour to remove all the distortions to make it very attractive and more comprehensive. What most Ghanaians especially the vulnerable cry for is the review of the PRIC E LIST of drugs, laboratory and X” ray services. They call for: one, a review that ensures or guaranteed treatment of all common diseases. Two, a Price List that takes care of all alternative drugs for the treatment of a particular disease. Three, a price list that does not ask for “Top-Up”.

Above all they cry for a review that ensures the computerization of the scheme and more preferably a National Net-Work System that would Net-Work all the scheme Administrative Centres and Service Providers that will remove waste, abuses and ensure transparency and efficiency.

Concluding, the government should know and must respect the general view of most Ghanaians that solving the inherent distortions in the National Health Insurances Schemes (NHIS) to render it more comprehensive is preferable to the proposed “single premium”. And should the government doubt this let it test this in referendum! The issue is very sensitive, and the government falters at its peril! It will amounts to great disservice -a very unpardonable one to the citizenry.