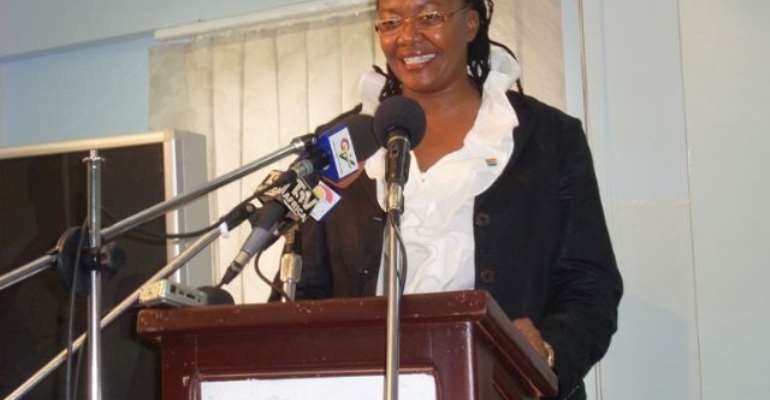 Accra, June 8, GNA – The management of INNOLINK, a private printing company, on Monday announced a sponsorship package for the winner of the Best News Reporter in the print medium in this year's Ghana Journalist Association (GJA) media award to be held in August.

The package includes one Laptop computer, GH¢5,000 cash prize, one week, all expenses paid, attachment with Avusa Group of Newspapers in South Africa and a personal meeting with former President Nelson Mandela.

Mr. Franklin Asamoah Benefo, Marketing Consultant of INNOLINK, said the sponsorship was to recognize and appreciate the hard work of young journalists who risked their life to fight for freedom in society.

He applauded the role the media had played over the years in promoting Ghana's democratic efforts adding that the media stood unchallenged as the number one movers behind the freedom Ghanaians now enjoy.

“In their relentless pursuit of transparency, probity and justice, the Ghanaian media have been irrepressible and, to a large extent, uncompromising,” he said.

Mr Benefo said the media had positioned themselves as the voice of the ordinary man in the street to make known the concerns and plight of the citizenry so as to be addressed.

“Today, the ordinary man can get to a communication centre to get himself connected to a radio station to express his views or concerns on any issue,” he said.

Management of INNOLINK has also promised to print 1,000 copies of the souvenir brochure for this year's GJA 60th Anniversary Media Awards Night.

Mr. Affail Monney, Vice President of GJA, said the association stood for quality and responsible journalism, which according to him, were the foundation for a free and informed society.

He said quality journalism was “not a product of chance but a fruit of quality investment in building the capacity of media practitioners.”

He expressed the hope that training and awards packages would go a long way to motivate journalists to give off their best.

He expressed concern over the seeming delay in the passage of the Right to Information Bill and appealed to government to pass it into a law.

“If it is passed into a law, it will be the best birthday package to GJA on its 60th Anniversary. The passage of the bill into law will give meaning to Article 21 of the 1992 Constitution which underlines the right to information,” Mr Monney said.

Mad. Ntombizodwa Lallie, South African High Commissioner in Ghana, reminded journalists of the enormity and responsibility which their profession placed on them and asked them to be circumspective in carrying out their work to ensure productivity.

She noted the media landscape in the country was characterized by robustness, fearlessness and courageousness but cautioned that it needed to be worked with sensitivity and responsibility to ensure efficiency.