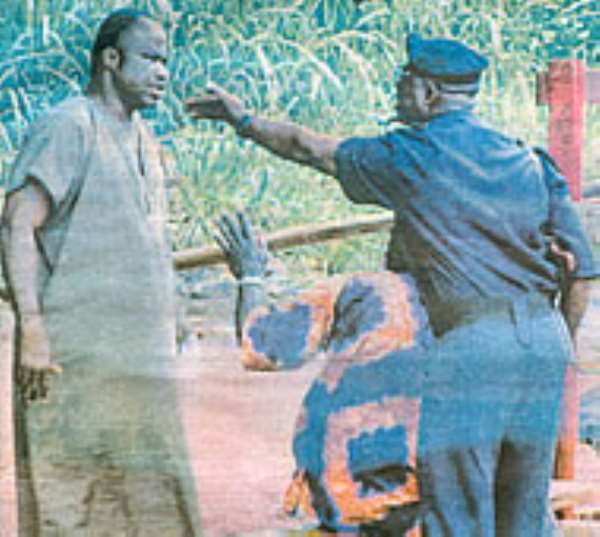 
Ghana has been cited among the top-8(eight) countries in the world where petty bribing is on the rise, compounding the already difficult situation of low-income households as jobs and incomes dwindle in the economic downturn, anti -corruption campaigners have found.

The other countries are Venezuela, Indonesia, Cambodia, Bolivia, Senegal, Russia and Kenya.

A study undertaken by Transparency International (TI), a renowned anti-corruption campaigner, in its 2009 global corruption barometer report released last week says most people spent their income on paying petty bribes such as tipping health officials for patients to see a doctor ahead of others.

"Do parents pay a bribe so that a sick child can see the doctor or do they buy food for their family? It is simply unacceptable that families continue to face these decisions. "

It said the police are the most likely recipients of bribes.

The cost of paying petty bribes is estimated at about seven percent of the annual earnings people which are spent on paying bribes to public service officials for essential services.

"This is a huge proportion of disposable income by any standard, and for poorer people it is likely to undermine their ability to address basic everyday needs," he emphasised.

The Barometer, a worldwide public opinion survey found that the poor are disproportionately burdened by bribe demands as governments' efforts to combat corruption are generally perceived as ineffective, in addition to high levels of perceived corruption in political parties, parliament and the civil service.

Government of Ghana has enacted several legislations - such as the procurement law - to control bribery and corruption, but these laws have be found to be cumbersome and complicated for businesses.

Asked specifically how corrupt they perceived different domestic institutions to be, half of 73,000 respondents said they also saw the private sector as corrupt, an increase of 8 percentage points over the past five years.

Most of those polled also felt that existing channels for making corruption-related complaints were ineffective. Fewer than one in four who paid a bribe in the past year lodged a formal complaint, demonstrating serious deficits in the perceived legitimacy and effectiveness of channels for reporting and addressing bribery.

"Governments must listen closely to what ordinary people are reporting or face the consequences of an increasingly alienated and distrustful citizenry," said Labelle.