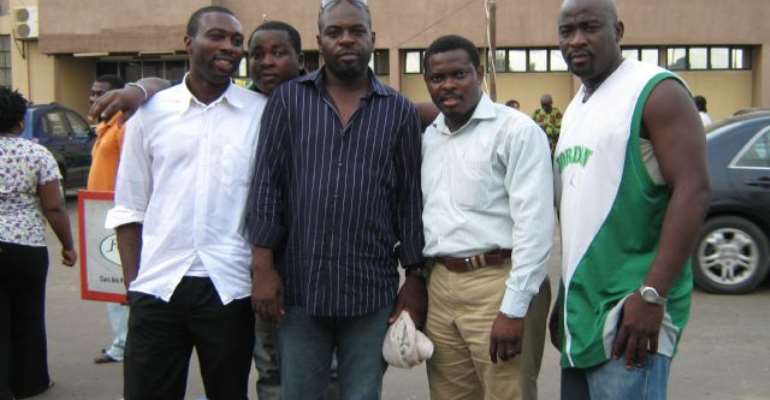 Funsho Adeolu is one of the best Nigerian movie producers and actor, he has featured in a number of films both in Yoruba and in the English speaking caucus in Nigeria. According to him he described acting as a way of life for himself and nothing can remove his strong passion for acting.

He spoke with modernghana.com under a relaxed atmosphere during the State meeting of the Association of Nigerian Theatre Arts practitioners, (ANTP) Lagos State chapter, at LTV8 premises, Agidingbi, Ikeja, Lagos-Nigeria. The veteran actor gave kudos for the practice of journalism in Nigeria but call for more investigative exercise before news materials go to press.

Adeolu shared some of the ordeal he suffered in some media reports; he mentioned the one that moved him most as the mix-up some journalists did by mistaking him for late Alaye of Ode Remo, Oba Funsho Adeolu Sataloye II, who died at 77 years in London Hospital sometime last year, 2008.

One could quickly recall that the late monarch was an ace actor too; he was among the cast and audience of Village Headmaster, the popular but now rested television series which captured the imagination of the public in the early 70s and 80s, and in which the late Oba Adeolu was one of the leading and memorable characters.

Oba Adeolu was well-known for his inimitable role as Chief Eleyinmi in Village Headmaster; he will be remembered for the creativity, the panache and the wit that he consistently brought to bear on the interpretation of his role, and for his love of the arts.

Our living legend, Funsho Adeolu said during that period he found it difficult to go to locations or even to visit friends because people keep greeting him and thanking God on his behalf to have still been alive after the wide spread and over publicized death rumours with attendant phone calls from family members, friends and fans. Adeolu declined to mention some of the names of the media houses who misled the public due to what he described as ''lack of investigative and indepth journalism''. But he still gave kudos to the journalists describing them as inevitable phenomena in the lives of artistes both in the film and music industry. But he publicly maintained that modernghana.com would never do a thing of such.

Emmanuel Ajibulu is the representative of modernghana.com in Nigeria with the mandate to cover newsworthy events particularly in entertainments and politics.