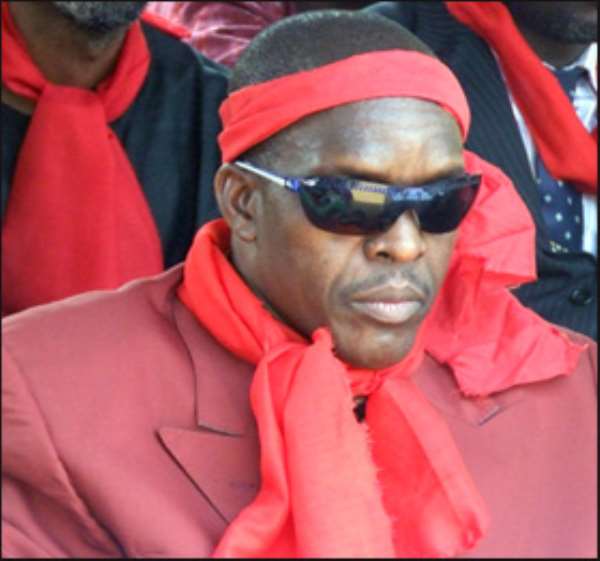 Hon Alban Bagbin THE MAJORITY Leader in Parliament, Alban Sumanu Kingsford Bagbin, is in hot waters as journalists in Kumasi have descended on him for treating them with contempt.

Led by the Ashanti Regional President of the Ghana Journalists Association (GJA), Nana Yaw Osei, the journalists claimed that the law-maker had incurred their wrath due to his recent criticism of a publication in the media.

Mr. Bagbin last Friday made a sudden volte-face, making disparaging remarks about media reports concerning his confession in Kumasi that he was not adequately informed before jumping into the controversial ex-gratia for former President John Agyekum Kufuor and some appointees in the erstwhile government.

The journalists could not fathom why an astute parliamentarian of the caliber of Mr. Bagbin should deny what they clearly heard him say during an interaction with media personnel in Kumasi last week.

It would be recalled that DAILY GUIDE recently published a front page story in which Mr. Bagbin allegedly admitted that parliamentarians were misled into making certain reproachful statements on the Chinery-Hesse Committee report on the ex-gratia package for former President Kufuor.

But Mr. Bagbin, who allegedly made the statement during a programme organized by Parliament in Kumasi, later denied the story at a press conference in Accra, a few days after the news had been published.

This shocking behaviour on the part of the Majority Leader, Nana Yaw Osei insisted, had infuriated him and his members because Mr. Bagbin had disrespected them.

“We are not happy because those who listened to Mr. Bagbin attentively are saying that they heard him say that 'All of us were misled into making statements'.

“And for him to say that he did not make the comment, then it meant that all journalists who claimed to have heard him say that are liars and/or were being mischievous, which they believe was not the case”.

A news release dated May 16, 2009 and signed by the regional GJA President said, “The GJA feels obliged to set the records straight because apart from the fact that some of the media practitioners who were present at the meeting are unhappy about the turn of events, others who have corroborated what the DAILY GUIDE reporter heard in the course of the meeting are of the view that they have been disrespected by the Majority Leader”.

Nana Yaw Osei said he had no qualms if Mr. Bagbin denied using the exact words that DAILY GUIDE used in the story; but if he was denying the substance of the story, then “he may have to listen to the tape-recording of his own voice- of what he said”.

The GJA President, who was present at the said event, challenged the Majority Leader to retract his comments concerning the reporter and the newspaper he works for and also render an apology to the media in Kumasi.

He warned that the future relationship between media practitioners in Kumasi and parliament would depend on what action Mr. Bagbin would take after the reading the release.

Nana Yaw Osei called on the Public Affairs Department of Parliament to make copies of the tape-recording available to radio stations in Accra, so they would play it for all to judge.

Insisting that the law-maker made the statement which he was denying, he said, “We are tired of some politicians always blaming media practitioners for their infallibilities”.